Man Finds Lost Wristwatch When Alarm Goes Off Inside Dog 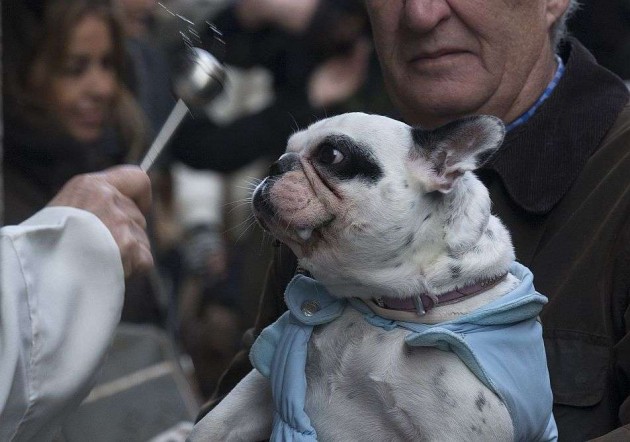 Print
A
A
A
increase text size
Outlook July 28, 2014 20:06 IST Man Finds Lost Wristwatch When Alarm Goes Off Inside Dog

In a bizarre incident, a man in the UK found his lost wristwatch when its alarm went off inside his dog.

Terry Morgan of Cockwood, Devon, had searched high and low for the 500 pounds timepiece, not realising his dog Charlie had decided it was time for a snack.

But his suspicions that the mutt had something to do with the untimely disappearance were confirmed when heard its familiar ring.

"At first I thought he was lying on it. Only when I rolled him over did I realise it was inside him," 66-year-old Terry was quoted by the Daily Mirror as saying.

"The watch was set to go off at 10:55pm to remind me to call last orders. I rushed him to the vet for an emergency operation and was a bit ticked off because that would have cost me about 1,000 pounds," he said.

"But when Charlie saw the anaesthetic needle he howled with fright and coughed the watch up," Terry said.

"It still cost over 200 pounds because they had to do X-rays to see if he had anything else in his stomach. I've also had to put up with the endless 'Time' jokes from the regulars," he added.