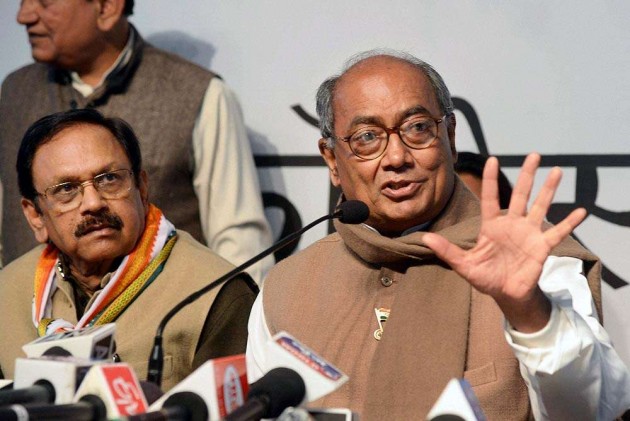 outlookindia.com
-0001-11-30T00:00:00+0553
Congress today sought to give a new twist to AAP's victory in the Delhi polls with party general secretary Digvijay Singh saying Arvind Kejriwal is part of the overall plan of RSS for a "Congress Mukt Bharat".
"Kejriwal is a part of the overall plan of RSS for a Congress Mukt Bharat. I know I would be abused by both RSS and Kejriwal fans," Singh tweeted.
Kejriwal took oath as the eighth Chief Minister of Delhi yesterday after winning with a thumping majority in the Delhi Assembly polls.
Attacking the RSS, the Congress leader said that he was called names when he had earlier said that the Sangh was behind Anna Hazare movement's as well.
"When I said RSS was behind Anna Movement, no one believed me I was called mad. But ultimately I was proved right and I would be this time too," he tweeted.
The AAP had won 67 of the 70 seats in Delhi decimating Congress and leaving only three seats for the BJP.
Reacting to Singh's remarks, AAP leader Ashutosh said the Congress is facing an "existential crisis" and has witnessed defeat in five states over the past one year.

He also took a jibe at Singh saying it was important for the Congress to reinvent itself as the kind of secularism it practised needed to be redefined.

"Congress should realise that the politics it has been pursuing for last 68 years, it has to bury that politics and re-invent itself. Secularism in this country has to be redefined. The kind of secularism the Congress has been pursuing...That era has gone.

"People don't want to buy that secularism. Time has come that secularism should be redefined and Congress should also realise that old idioms and phrases will not get any kind of assurances from the voters."

Another party leader, Ashish Khetan, downplayed Singh's remarks saying it should not be given any kind of importance.
Continue FREE with Ads Pay Rs. 1 to Read Without Ads
READ MORE IN:
Digvijay Singh Arvind Kejriwal National
Next Story : RSS Meet Starts, Strategy for UP, Bihar Polls to Be Discussed
Download the Outlook ​Magazines App. Six magazines, wherever you go! Play Store and App Store