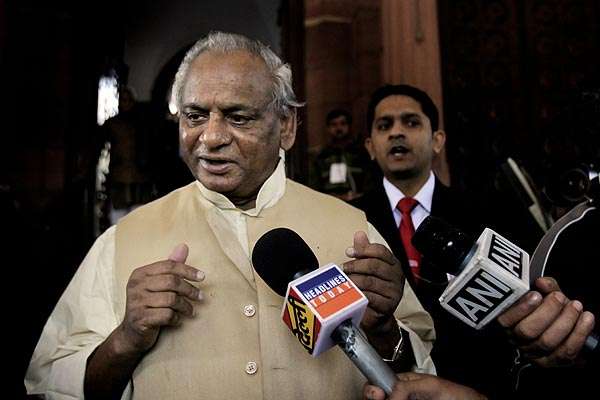 He was administered oath of office by Himachal Pradesh High Court Chief Justice Mansoor Ahmed Mir at a simple ceremony at Raj Bhawan.

Singh has been given an additional charge of Himachal Pradesh after Urmila Singh, who completed the full five year term as HP Governor on January 24 was given a warm send off at the Raj Bhawan yesterday as she left for Raipur.

The Governor was also accorded Guard of Honour on the occasion.

After taking oath, Kalyan Singh said that he was overwhelmed after receiving the additional charge of Governor of Himachal Pradesh.

"Himachal is dev bhumi and hills have always fascinated me as I have some psychological affinity with hills," he said.

Born on January 5, 1932, at Village Madholi in Aligarh district of Uttar Pradesh, Kalyan Singh was elected as member of Uttar Pradesh Assembly six times consecutively from 1967 and also served as Chief Minister on two occasions.

He became Health Minister of Uttar Pradesh in 1977 and also remained Member of Parliament from 2004 to 2014.

After the Narendra Modi government came to power, he was appointed Governor of Rajasthan and assumed office on September 4, 2014.