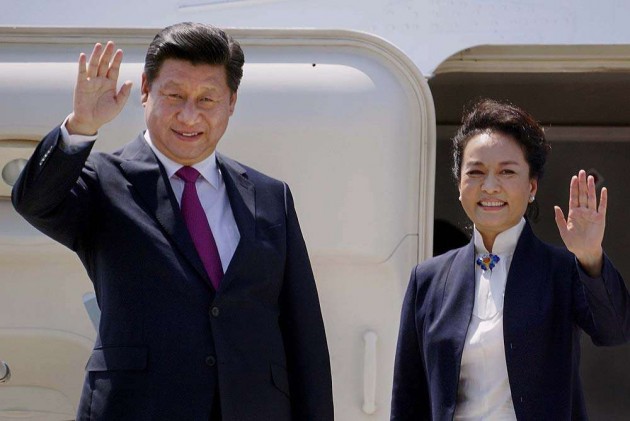 Chinese President Xi Jinping today asked the People's Liberation Army (PLA) to be combat ready to win a "regional war" and make sure that all decisions from the central leadership are strictly followed.

"Headquarters of all PLA forces should improve their combat readiness and sharpen their ability to win a regional war in the age of information technology," Xi, who returned from India last week after a three-day visit, was quoted as saying by the state-run Xinhua news agency.

Though this is not the first time that Xi has asked the PLA to be ready for a "regional war", his statement assumes significance in the context of repeated incursions into Indian territory along the Line of Actual Control which cast a shadow during his visit.

All PLA forces should follow the instructions of President Xi and update their operations to meet new goals and missions set by the CMC, an official statement said.

It is not yet clear why the emphasis was made on absolute loyalty and to follow the orders to ensure smooth chain of command.

Xi's directives come in the midst of a standoff between the PLA and Indian troops in Chumar area in Ladakh region along the Line of Actual Control (LAC).

The standoff took a new turn yesterday with the PLA pitching seven tents well within the Indian territory and showing no signs of withdrawing from the territory.

Xi, 61, acquired the image of China's most powerful leader after Deng Xiaoping, who succeeded Mao, as he headed the Presidency, the CPC and the military from day one of coming to power unlike his predecessor Hu Jintao.

Since then, Xi has reshuffled the military postings of the generals loyal to him at the top and removed and prosecuted some top PLA generals for corruption.

Yesterday, General Fang Fenghui, PLA chief, said in a statement that all PLA forces follow the instructions of President Xi who is also the chairman of the CMC, which is the overall high command of the Chinese military.

Fang said the forces should update their operations to meet new goals and missions set by the CMC.

Meanwhile, the PLA chiefs of staff met in Beijing to discuss how to improve the efficiency of military command under new circumstances. Fang attended the meeting.