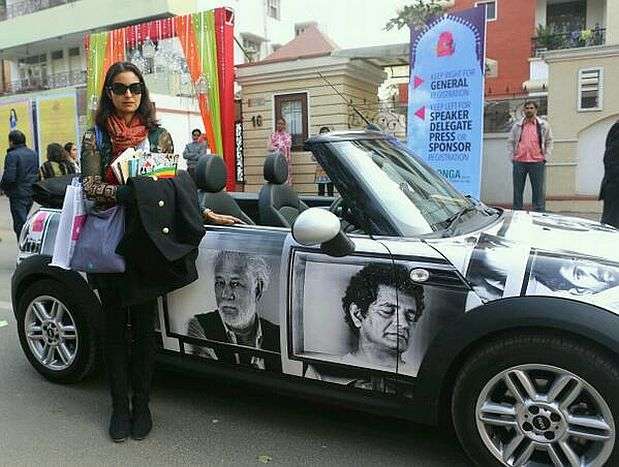 The Prize celebrates writing on the South Asian region from writers across the globe and is given to the best novel or translations into English of a work on or about the region.

"This is an enormous honour for Lowland and for me personally. I wish I was there in person to receive the award," Lahiri said through a phone conversation from Rome.

Publisher Caroline Newbury accepted the award on her behalf.

The prize was given by Pulitzer Prize winning poet Vijay Shesadri at a ceremony at the ongoing Jaipur Literature Festival here.

The London-born daughter of immigrants from West Bengal said she had begun her award winning book 20 years ago.

"It was my first book but it ended up as the fourth one to be published," said the author adding "I published the book with some apprehension that I have not done justice to the events that transpired in the story."

"I heard about what was happening in Calcutta at that time and based on what I heard I was curious over the years and novel was result of the curiosity," she said.

The fiction, which weaves a tale of two brothers set in Kolkata of the 1960s was nominated for the 2013 Man Booker Prize but did not win it.

Conferring the Prize, Shesadri said, "This seems to be an extraordinary grant for several reasons. Remarkable example of en-lighting philanthropy and recognizing South Asian writing. It seeks to discern the dissemination of these writers, celebration of their books and ultimately the integrity of the South Asia."

The event also saw organisers announcing that the DSC Prize won't be announced at JLF from next year and instead pick one South Asian country for the award ceremony.

They also announced a termination of the Prize's association with the Jaipur LitFest.

Meanwhile, prior to the announcement of Lahiri's win, excerpts from all the five works by the shortlisted writers were read out on the stage.

Terming it as a "fine novel novel written by writer at height of her powers," Keki N Daruwalla who chaired the jury, which selected the finalists said, "Lowland is a superb novel written in restrained prose. The novel is partly political and partly familiar starting with an unfamiliar account of Indian naxal movement."

The jury, selected the finalists from 75 novels submitted for the award.

Last year the Prize was won by Cyrus Mistry for his book Chronicle of a Corpse Bearer.

Previously the DSC Prize has been won by H M Naqvi from Pakistan for Home Boy, Shehan Karunatilaka from Sri Lanka for Chinaman and Jeet Thayil for his book Nacropolis.

Each of these winners has gone on to be published internationally and their work has reached a larger global audience.