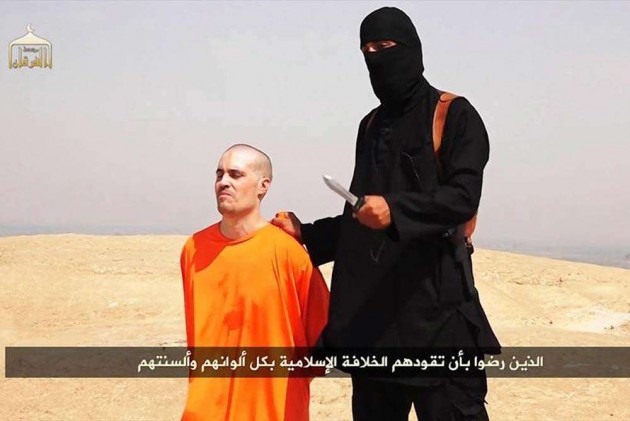 The gruesome video of an Islamist militant beheading an American journalist was probably staged with the actual murder taking place off-camera, according to forensic experts.

Footage of James Foley's death at the hands of a British Islamic State militant shocked the world when it went viral last week with President Barack Obama describing the terror group as a "cancer".

It has emerged that the Briton might be a frontman and not the killer. His identity has almost certainly been established by the security services, but they have yet to act for fear of endangering the lives of 20 western hostages still being held.

A study of the four-minute 40-second clip, carried out by an international forensic science company which has worked for police forces across Britain, has raised a number of questions about what really happened on a patch of desert land, thought to be somewhere in northern Syria.

However the company did not reach a definitive answer.

It concluded: "No one is disputing that at some point an execution occurred."

"I think it has been staged," said one expert in visual forensics, after he was commissioned by The Times to examine the footage.

"My feeling is that the execution may have happened after the camera was stopped," the expert was quoted as saying.

The analysis highlights a number of discrepancies that could indicate that the beheading scene broadcast to the world was not the genuine killing.

Firstly, no blood can be seen, even though the knife is drawn across the neck area at least six times, the British daily said quoting experts.

Secondly, sounds allegedly made by Foley do not appear consistent with what may be expected, it said.

The forensic analysis expert said no incision could be seen on Foley's neck, though the right hand of the jihadist partially blocked the shot.

Footage of Foley, 40, with his head shaven and kneeling upright in a bright orange robe, is filmed from two cameras running at the same time .

Foley's words, which run for one minute and 26 seconds, appear to have been scripted, the report said.

The analysis highlighted a blip in the imagery that could indicate the journalist had to repeat a line, it said.

Scrutiny of the subsequent speech by the masked jihadist, in which he warns the US of attacks, indicate that the words are spoken by the militant even though his mouth is obscured by his headscarf.