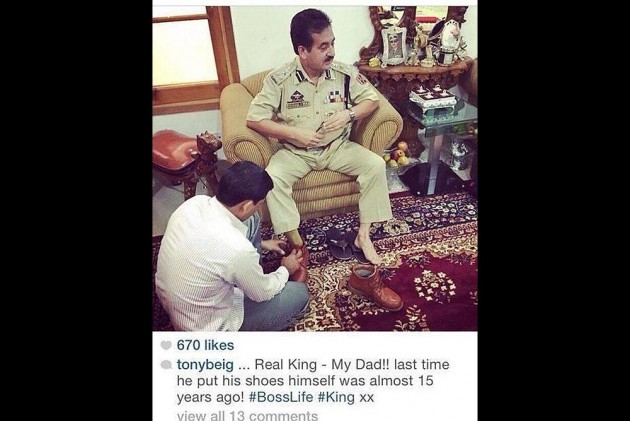 The businessman son of Jammu and Kashmir DIG has created a row by sharing some photographs on a social networking site, in which the youth purportedly bragged about the perks and privileges given by the government to his father.

The pictures posted on 'Instagram' by the son of the Deputy Inspector General of Police Jammu Kathua range, Shakeel Ahmed Beig, have gone viral on several social networking sites, even though they were deleted from the original profile.

In one of the pictures, a man is seen tying shoe laces of the DIG while the caption next to the picture reads, "Real King --My Dad!! Last time he put his shoes himself was almost 15 years ago #BossLife #King xx."

The caption on another picture shows a police gypsy surrounded by the armed police personnel reads, "Motivation right here! Traffic and this is how police and gunmen clear traffic when my dad is on the road #power#king#guns." 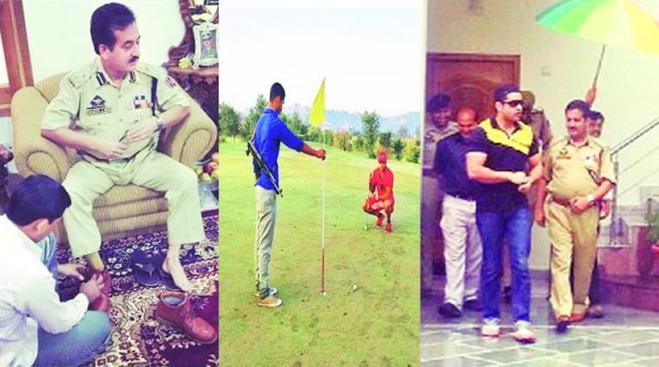 In another picture, the DIG who was awarded Presidential police medal this year, is seen coming out of a building with his son and surrounded by policemen.

The caption on the picture reads, "Dad and I. #Security, #Guns and #Umbrella even when there is no sun or rain." 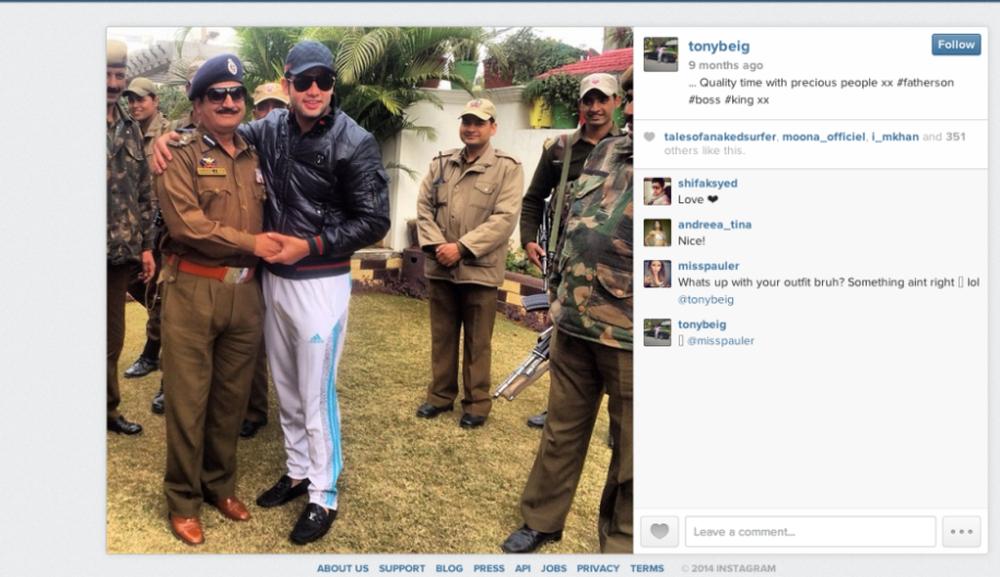 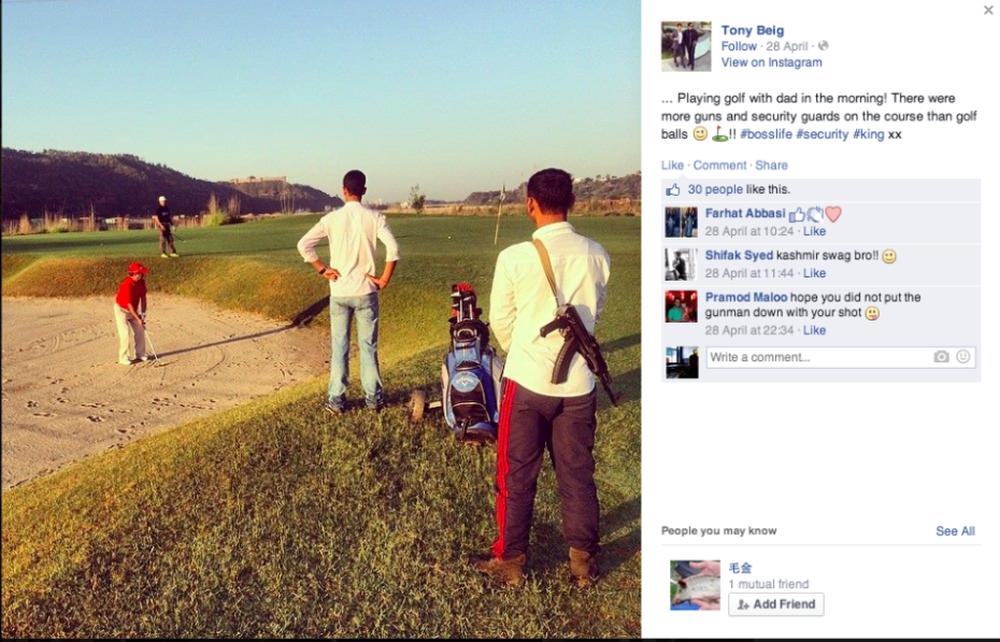 Reacting to the news the DIG told an English news channel, "I have served my entire life with respect and dignity, now that I am retiring, someone has done the mischief."

He said that the Instagram account did not belong to his son. Commenting on the picture where a policeman is seen tying his shoe laces Beig said, "When you buy the shoes from a showroom, the salesman ties shoes to you".

The state government and police have distanced themselves from issue.

"I have nothing to comment on the issue, it is an individual issue and you contact the concerned DIG," Inspector General of Police Jammu Range, Rajesh Kumar, told

The son of the top policeman of the state has also posted his own pictures bragging about the position of his DIG father.

In a picture where the son of the DIG is seen playing golf, the caption reads, "Golf with dad before next (flight)."

An armed policeman is seen acting as the caddie while holding the flag for the son of DIG's son at a golf course.

In response, Tony Beig posted another photo on Instagram along with a message: "I Spend 3-4 days visiting family every year and this is what media turn that into. No wonder I don’t belong there anymore as people are not use to self made individuals. However #kinglife continues 365 days a year not just 3-4!!” 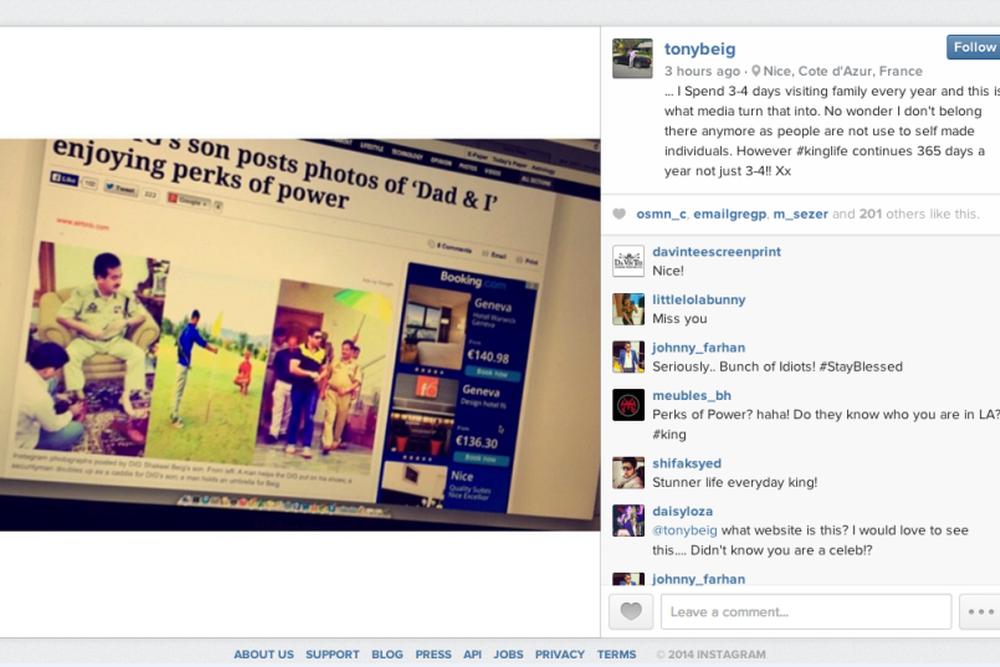 Continue FREE with Ads Pay Rs. 1 to Read Without Ads
READ MORE IN:
Society
Next Story : Civic Bodies Seem to Have No Respect for PM: HC on Garbage Dumping
Download the Outlook ​Magazines App. Six magazines, wherever you go! Play Store and App Store