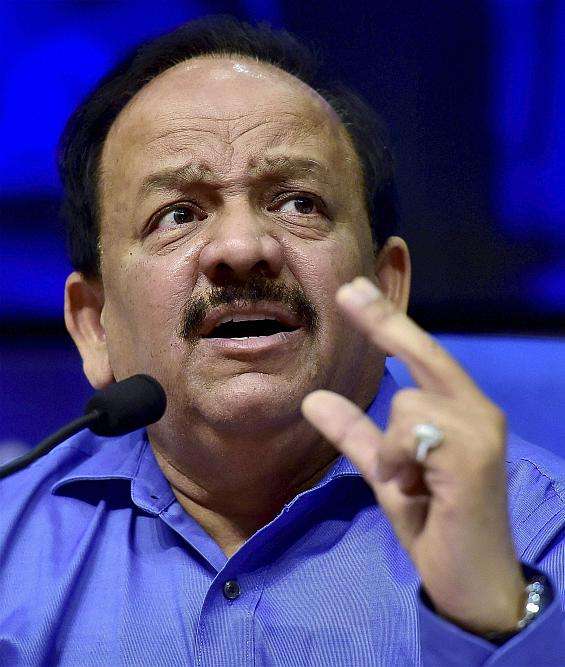 Union Science and Technology Minister Harsh Vardhan today claimed that modern medicine originated in India and that Indians had practised inoculation against small pox even before the vaccine for the disease was invented by Edward Jenner.

Vardhan, who is himself an ENT surgeon, said that most of what is taken to be modern medicine had come back to India through the "American route" after being first translated into Arabic and Persian in 9 AD and, from that, into the European languages in the 17th century.

"When I studied the history of Ayurveda or what you can call Hindu medicine... I found that in the ninth century, the Caliph of Baghdad got all our knowledge of Ayurveda translated into the Arabic and Persian languages.

"The same knowledge was again translated into the European languages in the 17th century and all that great knowledge has come back to us and it's explained to us as modern medicine that has come through the route of the Americas.

"But the origin of all this knowledge, if you go into the depth of this, was basically in India," Vardhan said here at an international conference on the Vedas.

The minister claimed that India had known immunisation against small pox even before Edward Jenner invented the vaccine for the same in 1798.

"All of us know that Edward Jenner was the man who invented the vaccination for small pox, but our Vedas will tell that the Hindus and Mohammedans of this country had done small pox inoculations hundreds of years before the vaccine was invented.

"So, it's not about boasting, but the facts will all remain facts," he said.

The minister further said that even before the Hippocratic oath begun to be administered to medical professionals, Sushruta and Ashwini, the surgeons of ancient India, told people to practise the same.

"Much before the Hippocratic oath was given to people in the field of medicine, our people here... Whether it was Sushruta or Ashwini or others, they had talked about the oath where they had said that medical people should act with compassion... Should not practise for gaining money or things like that.

"Sushruta and all great surgeons taught to the whole world plastic surgery of nose. I have read in my own literature that surgical instruments were so precise, they split the hair into two," the minister said.

Vardhan, meanwhile, said that the organisers of the conference can share with him the crux of the discussions, which can then be given to scientists for drawing up a detailed action programme after "intensive scrutiny".

"We will see how this information you have shared... May be converted into Detailed Action Programmes for the benefit of India and benefit of the whole world," he said.

Vardhan added that the Vedas can help to guide the destiny of the whole world.

"Vedas is the storehouse of the purest form of knowledge in the world. The only place which can actually guide the destiny of the whole world... Prosperity and happiness and all these things, it's only India. I can assure you.

"I am an ENT surgeon. I am a doctor of modern medicine and have tremendous faith in... The comprehensiveness and supremacy of Ayurveda, which I have been trying to study and go into the details.

"I have seen Ayurveda itself has tremendous power for keeping the people healthy for almost 100 years," he said.