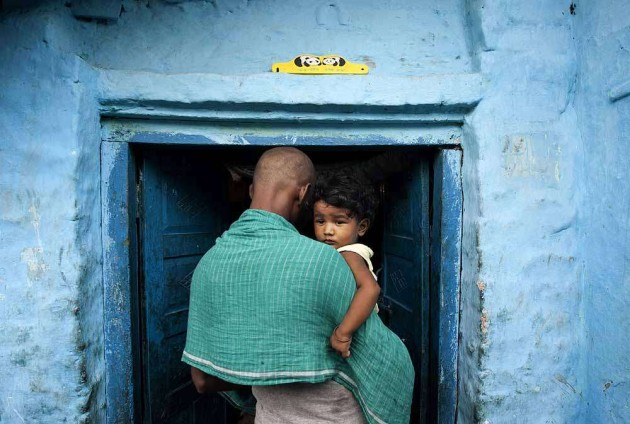 Going by the current pace of decline, India is unlikely to achieve its target of reducing the infant mortality rate to less than 39 per 1,000 live births by 2015-end, said a senior UNICEF official.

"At this current rate of decline it seems it will be difficult for India to reach the target of less than 39 per 1,000 live births by the end of 2015," UNICEF's Health Specialist in India, Dr Gagan Gupta told PTI.

Though India accounts for the highest burden of Under-5 deaths in the world, there has been a faster decline in its reduction as compared to the global fall, he added.

"Neo-natal deaths account for 56 per cent of Under-5 deaths in India which is much higher than the global average of 44 per cent. The progress in reduction of neo-natal mortality has been slow," he noted.

In fact, four states — Uttar Pradesh, Bihar, Madhya Pradesh and Rajasthan — account for half of the Under-5 deaths in India, Dr Gupta said.

Quoting the above mentioned report, Gupta said that in India every year, 1.34 million children die before completing five years, of which 7,48,000 die within the first month of their life. "This means more than 2,000 newborn die each day in India," he said.

"Three common causes of neo-natal deaths are prematurity, birth asphyxia and sepsis. In the post newborn period, two major killers are pneumonia and diarrhoea and under-nutrition is an underlying factor in nearly 45 per cent of such deaths," the UNICEF health official said.

Talking about the gender differences in child mortality due to preference for sons in India, Dr Gupta said the UNICEF has been working towards improving access to the care of girl child supporting national efforts.

"The infant mortality rate of male in India is 39 per 1,000 while that of female is 42 per 1,000 live births. At present, UNICEF is supporting national efforts for improving access to the care for girl child through the Janani Shishu Suraksha Karyakaram (JSSK) scheme which has made free health care an entitlement for pregnant women and infant," he said.

The UNICEF, Dr Gupta said, has also played a key role in evidence generation through Special Newborn Care Unit (SNCU) which showed that despite free care there are more male admissions in SNCUs as compared to females.

SNCUs are effective to address problems of low-birth, pre-term deliveries simulating the environment of the womb. A baby is provided warmth, protected from infection and carefully fed to ensure for proper development of its body parts which have stopped growing on account of premature delivery.

According to Dr Gupta's suggestions, India, in order to achieve a reduction in the Under-5 deaths, should focus on reducing neonatal deaths, which account for 56 per cent of total such deaths, by integrating quality maternal care with newborn care.

"In addition, addressing forgotten killers like pneumonia and diarrhoea will be critical besides improving immunisation coverage to address mortality due to vaccine-preventable diseases. As under-nutrition is an underlying factor in 45 per cent of Under-5 deaths addressing adolescent and maternal nutrition will also be critical," he added.