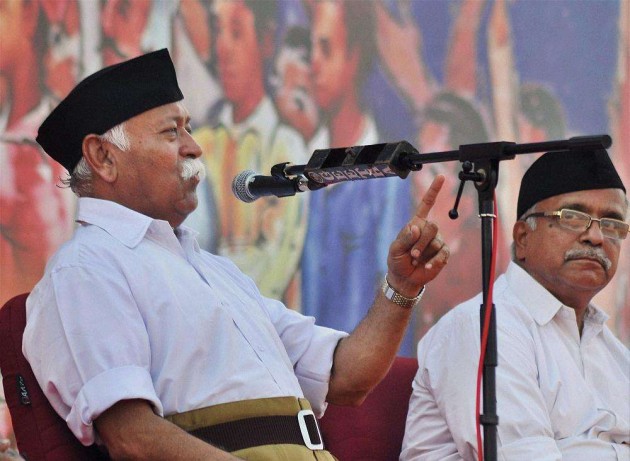 Stoking yet another controversy, RSS chief Mohan Bhagwat today said India is a Hindu nation and Hindutva is its identity.

"Hindustan is a Hindu nation. Hindutva is the identity of our nation and it (Hinduism) can incorporate others (religions) in itself," he said.

Last week, Bhagwat had said in Cuttack, "The cultural identity of all Indians is Hindutva and the present inhabitants of the country are descendants of this great culture."

If inhabitants of England are English, Germany are Germans and USA are Americans then why all inhabitants of Hindustan are not known as Hindus, he had posed.

Bhagwat was in Mumbai today on the occasion of Krishna Janamashtami to attend the inauguration programme of the golden jubilee celebrations of the VHP, that was founded in Mumbai on August 29-30, 1964.

He said the goal of VHP in the coming five years would be to ensure equality among the Hindus of the nation.

"For the next 5 years we have to work with the aim of bringing equality among all the Hindus in the country. All Hindus should be drinking water at one place, should be praying at one place and after their death, their bodies should be burnt at the same place," he said.