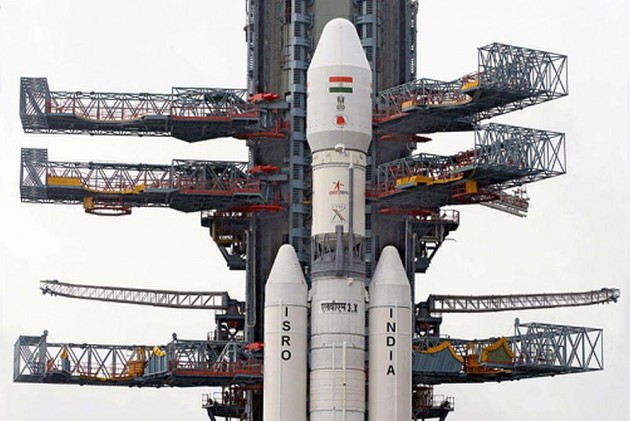 Inching towards realising India's ambition to send humans to space, ISRO today successfully tested an unmanned crew module on board an experimental mission of its heaviest rocket GSLV Mark-III that blasted off from here.

Around 730 seconds after it lifted off at 9.30 AM from the Second Launch Pad of the Satish Dhawan Space Centre here, the crew module--CARE (Crew Module Atmospheric Re-entry Experiment)--splashed down into the Bay of Bengal, after separating from the LVM3-X rocket with active S200 and L110 propulsion stages.

Three levels of parachutes specially designed by Agra- based DRDO lab Aerial Delivery Research and Development Establishment helped the crew module descend safely into the sea, about 180 kms from Indira Point, the southern tip of the Andaman and Nicobar Islands.

"We have got the signal from the beacon in the crew capsule. Indian Coast Guard ships have received them and they are some 100 kms away from the site presently moving to recover it," S Unnikrishnan Nair, Project Director of ISRO's Human Spaceflight Programme, said.

The module would be shipped to Kamarajar Port in Ennore near Chennai, from where it would be taken to Vikram Sarabhai Space Centre at Thiruvananthapuram in Kerala for further study.

As for the objective of validation of the complex atmospheric flight regime of GSLV Mk III, ISRO Chief K Radhakrishnan said the two active S200 and L110 propulsive stages "performed as expected."

"We have made it again...ISRO's capability of launching heavier payloads has come to shape and this will change our destiny and our capability has significantly enhanced. The cryogenic engine is under development and it would take two years," GSLV Mk III Project Director S Somanath said.

Radhakrishnan said, "This was a very significant day in the history of Indian space programme for the development of the advanced launch vehicle that could carry a 4-tonne class of communication satellite into orbit."

The crew module withstood the heat of around 1,600 degree Celsius while it travelled towards the surface of the Earth attracted by gravity.

Former ISRO chairman K Kasturirangan, who was present at the Mission Control Centre, said, "It is a proud moment indeed. I really came to see the launch. A lot of engineers have really worked extremely hard for this. More than 10 years of hard work has gone behind this success today."

Though it would take at least 10 years for India to send humans into space, this experiment has helped the space agency to test the module for safe return of humans from space, according to ISRO.

The Indian government has not approved any human mission to space so far.

While the heavy duty cryogenic engine is still under development in one of the ISRO labs at Mahendragiri in Tamil Nadu, today's attempt was to primarily study the atmospheric performance of GSLV Mark III rocket in the first two stages.

Once ISRO masters its GSLV Mk III, the country can save a massive amount of foreign exchange it presently is spending to send its heavy communication satellites through other space agencies aboard.

While the rocket cost ISRO Rs 140 crore, the crew module has taken another Rs 15 crore.