ISIS Attacks on Civilians Could Amount to War Crimes: UN 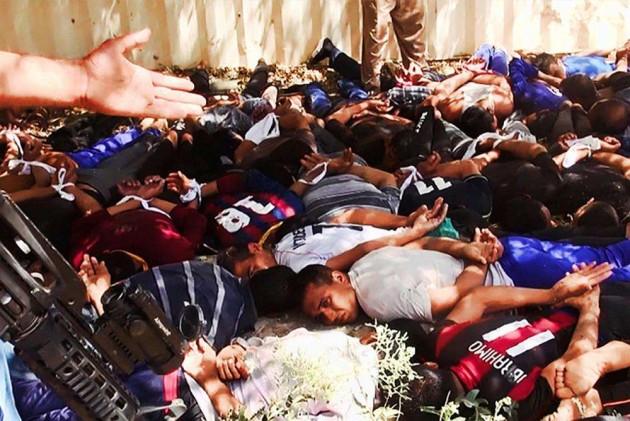 Print
A
A
A
increase text size
Outlook June 20, 2014 10:30 IST ISIS Attacks on Civilians Could Amount to War Crimes: UN

Attacks on Iraqi civilians by terrorist and armed groups like ISIS could amount to war crimes and protection of civilians should be the primary focus of any strategy to address the crisis in that country, special advisors to UN Secretary General Ban Ki-moon have said.

Adama Dieng, the special advisor to the Secretary General on the Prevention of Genocide, and Jennifer Welsh, the special adviser on the Responsibility to Protect, expressed concern at the situation in Iraq and the impact on its people.

"The protection of civilians should be the primary focus of any strategy to address the current situation," they said, reiterating the UN chief's warning of the risk of further sectarian violence on a massive scale, within Iraq and beyond its borders.

The advisors strongly condemned attacks against civilians and other people taking no active part in the hostilities, including attacks by terrorist and armed groups such as the Islamic State in Iraq and the Levant (ISIS).

"Such attacks are violations of international humanitarian law and may amount to war crimes," they said.

They called on all parties involved in the crisis and on Iraq's political, military, religious and community leaders "to abandon strategies of violence and confrontation, undertake all possible efforts to prevent sectarian reprisals amid the ongoing violence and to engage constructively to ensure respect for diversity".

They also raised special concern at the situation of religious and other minorities, noting that members of the Christian community were fleeing the northern city of Mosul following the ISIS-led invasion.

They underlined that, "Given the context of sectarian and confessional polarisation in the country, special consideration must be given to assisting religious and other minorities, which are particularly vulnerable."

Dieng and Welsh reiterated the UN Security Council's call for cooperation in the delivery of humanitarian aid, adding that it is the role of the government and Iraqi leaders to work with the UN Assistance Mission in Iraq (UNAMI) to ensure that aid gets to the intended people.

UN agencies and their partners are setting up new sites and tents in Erbil, Dohuk and Suleimaniya in the northern region of Kurdistan to accommodate the growing influx of displaced families, according to a UN spokesperson.

The World Food Programme announced that it has started its emergency food distribution to 43,500 of the most vulnerably displaced people.

In addition, UNICEF and WHO are also working with the Kurdish health authorities to carry out a mass vaccination campaign to prevent the spread of polio and other diseases among displaced children and host communities.