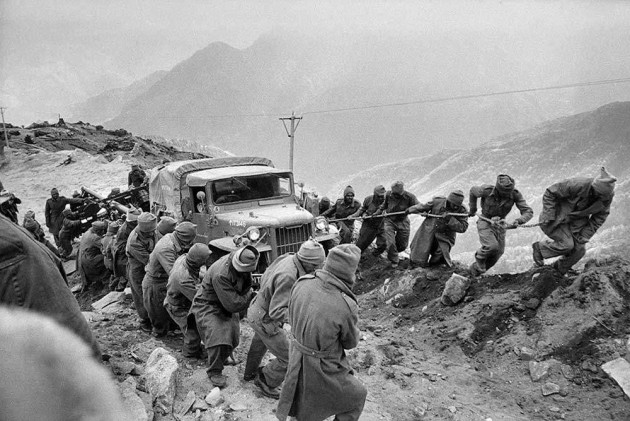 Defence Minister Arun Jaitley today ruled out release of the classified Henderson Brooks Report on the 1962 India-China war that is said to be openly critical of the Indian political and military structure of the time, saying its disclosure would not be in national interest.

"This (the Henderson Brooks report) is a top secret document and has not been declassified so far.

"Further, release of this report, fully or partially or disclosure of any information to this report would not be in national interest," Jaitley said in a written reply to a question in Rajya Sabha.

Jaitley said the government is also aware of reports purporting to disclose part of the report on the 1962 war.

The report authored by the then Lt General Henderson Brooks and Brigadier P S Bhagat was commissioned by the Indian Army following its humiliating defeat at the hands of the Chinese.

Interestingly, the BJP during the course of the Lok Sabha campaign seized upon the secret report about how the government bungled the 1962 war to slam the ruling Congress and demanded its release.

Excerpts of the military investigation that were leaked in March by an Australian journalist who wrote an acclaimed book on the war said the government's policy of forward deployment in the high mountains had increased the chances of conflict.

The BJP had then justified the demand for releasing the report on the ground that the country would know how the government pushed the military into a war it could only lose.

"What are they trying to hide by making the war report classified ?" BJP spokesman Ravi Shankar Prasad had asked.

"We have a right to know what went wrong. We lost the war because of Nehru," Prasad had said while holding the country's first Prime Minister Jawaharlal Nehru responsible for the debacle.