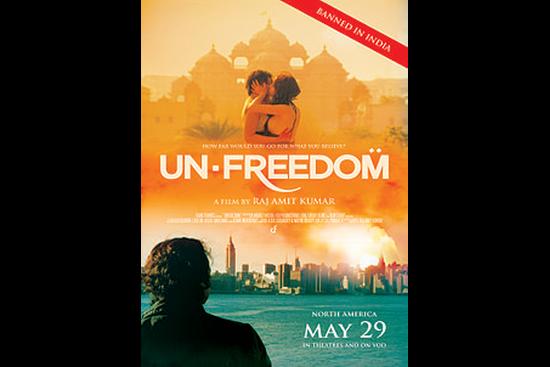 The 36-year-old director is the latest who has hit out at the certification process in recent times.

Disappointed, at being unable to get the required clearance, despite an appeal to the Appellate tribunal, the filmmaker said such move by Central Board of Film Certification is like taking away the "basic human rights."

"What I am experiencing is tyranny, hypocrisy and irony of people... I don't feel any film should be banned in the country. You can only give strict certification and you can remove certain things or the other depending on that," Kumar said.

The film is a contemporary thriller that chronicles a lesbian love story set in New York and New Delhi and is said to be inspired by Faiz Ahmad Faiz's poem, "Ye Dagh Dagh Ujala."

Censor board officials, emphasised that the movie had been denied a certificate by the Examining Committee (EC), but later a Revising Committee (RC) had agreed to give it 'A' certification with cuts.

The filmmaker, they said, had then approached the Film Certification Appellate Tribunal (FCAT) which had upheld the decision of the Examining Committee.

"However, the Film Certification Appellate Tribunal (FCAT) had heard the matter which set aside the RC's decision and upheld that of the EC," a senior official told PTI when asked to comment on the reports regarding the banning of the film in India.

The board is also facing the ire of Bollywood filmmakers and actors over banning a list of 28 objectionable words.