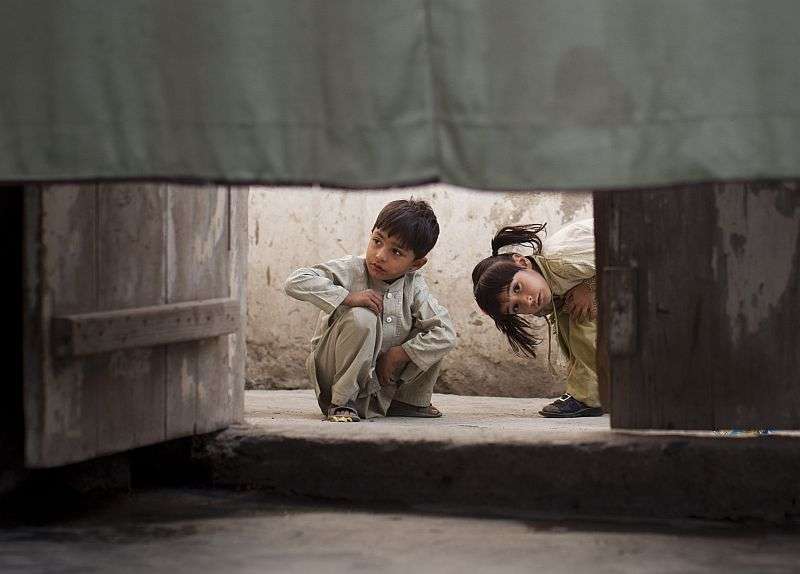 Print
A
A
A
increase text size
Outlook May 29, 2014 12:57 IST Children Raped, Forced to Eat Excreta at Shelter Home

Shocking tales of rape and torture have emerged from an illegally-run shelter for tribal and poor children in Maharashtra's Raigad district following which two of its officials were arrested, police said today.

Chairman of Chandraprabha Charitable Trust Ajit Dabholkar and manager Lalita Tonde were arrested on Tuesday after the children, some as young as 11 years old, complained about being forced to have sex among each other and with the accused.

The offence came to light when one of the inmates informed her mother who approached the Raigad Child Helpline, which complained to the police.

Pune-based social worker Anuradha Sahasrabuddhe of Pune Childline, who is a complainant in the case, said the children were forced to have sex with each other and with the accused and the act was even "filmed".

"The victims were forced to eat dog excreta if they resisted and locked up. If they threw up, they had to eat the vomit," she alleged.

The Karjat police have found during preliminary investigation that at least five inmates aged between 11 and 15 years, had been sexually abused.

The shelter at Takve village in Karjat taluka, barely around 60KM from Mumbai, had 32 inmates in the age group of 4 to 15 years.

Senior Inspector of Karjat Police Station R R Patil said the Trust was running the establishment as a residential school without necessary permission.

"They don't have any document to show that they have necessary clearances to run the establishment. It was being run illegally," he told PTI.

According to reports, the duo targeted poor families in the area and persuaded them to send their children to the shelter for better education.

The unsuspecting and impoverished parents sent their children to the shelter where they stayed for 10 months in a year and spent two months of summer vacation at home. It was during the vacation that one of the victims mustered courage and told his mother about the sordid happenings at the shelter.

The accused were booked under IPC sections 377 (unnatural offences), 354 (assault or criminal force to woman with intent to outrage her modesty), 509 (word, gesture or act intended to insult the modesty of a woman) and 342 (wrongful confinement) and under sections 3, 5 and 7 of the Protection of Children from Sexual Offences Act, 2012.

The duo were produced before a magisterial court at Karjat which remanded them in police custody till June 5.

Continue FREE with Ads Pay Rs. 1 to Read Without Ads
READ MORE IN:
National
Next Story : Tourism Minister Naik Says No to Off Shore Casinos
Download the Outlook ​Magazines App. Six magazines, wherever you go! Play Store and App Store