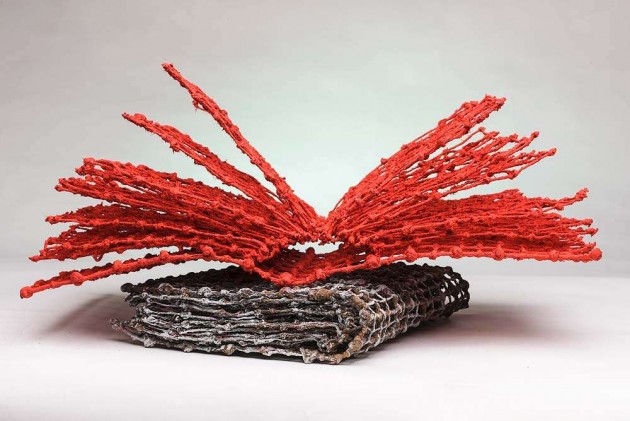 A revelatory book by the controversial A Raja, biographies of Amit Shah, Mahendra Singh Dhoni and Netaji's aide A C N Nambiar, a definitive account of the 2G scam and novels by bestselling authors Jeffrey Archer and John Grisham – 2015 has an exciting line-up of national and international titles.

In My Defence by one of India's most controversial ministers Raja is "honest, hard-hitting and with no holds barred, an important and utterly absorbing book", says its publishers Penguin.

It will also came out with India's Biggest Fraud: How the 2G Scam Unravelled, an account of the 2G spectrum scam and its aftermath by J Gopikrishnan, the journalist who is credited with exposing the scam in 2008.

A number of biographies will also be released during the year - Modi's Man: The rise and rise of Amit Shah (Penguin) by Poornima Joshi; MSD - Dhoni’s biography (Rupa) by Biswadeep Ghosh; Jack Gibson: A Life, a biography of the legendary principal of Mayo College in Ajmer by Laeeq Futehally (Hachette) and Rahul Dev Burman by Khagesh Dev Burman (Rupa).

Bestselling author Jeffrey Archer will release Mightier than the Sword, the fifth novel in the epic Clifton Chronicles series, ahead of the global launch. Swedish author Hakkan Nesser will also travel to India ahead of the release of his new book The Living and the Dead in Winsford. Both the books will be brought out by Pan Macmillan.

Oxford University Press will come out with two books by former Union minister Jairam Ramesh - Legislating for Equity: The Making of the 2013 Land Acquisition Law, co-authored by Muhammad Ali Khan, and Green Signals: Ecology, Growth, and Democracy in India.

Some books related to politics are Narendra Modi And The Election That Shook The World by former BBC correspondent and Downing Street communications expert Lance Price and The Great Indian Rope Trick: Does the future of Democracy Lie With India by Roderick Matthews (both Hachette); War Room: The People, Tactics and Technology Behind Narendra Modi's 2014 Win by Ullekh NP (Roli).

A couple of actors will come out with their books. Me, My Fiance and I Fu*!ed Up by Aarya Babbar is a comedy of errors set against the backdrop of the great Indian wedding while Murder in Bollywood is a Bollywood crime caper by Amjad Khan's son Shadaab Khan.

There will be other books related to films too. Reel India: Bollywood And Small Town India (Hachette India) by film critic Namrata Joshi deals with tales from the hinterland about India’s obsession with cinema. Show Me Your Words: The Power of Language in Bollywood (Rupa) by Connie Haham is about terms used in the Hindi film industry.

The Front Row: Conversations on Cinema (HarperCollins) by Anupama Chopra is based on the popular interview-based shows on television The Front Row.

Penguin will publish Another 100 Lyrics of Gulzar, translated by Sunjoy Shekhar which has anecdotes about some lyrics and illustrations by poet-lyricist himself while HarperCollins will come out with Javed Akhtar's In Other Words: Poems, a translations of his works from his Urdu collections Tarkash and Lava.

Penguin will also publish The Emergency: A Personal History by Coomi Kapoor; Neither a Hawk nor a Dove: An Insider's Account of Pakistan's Foreign Relations by Khurshid Mahmud Kasuri; Dilip Hiro's The Longest August; Aarushi: Anatomy of a Murder by Avirook Sen and God Help the Child by Toni Morrison.

Its fiction list includes Amitav Ghosh's final part of the Ibis Trilogy Flood of Fire; The Seeker by Karan Bajaj of Keep Off the Grass and Johnny Gone Down fame; Karan Ghelo: Gujarat’s Last Rajput King by Nandshankar Mehta; and a translation of Anant Samant'ss cult Marathi novel Aiwa Maru.

The publishing house has a couple of books on Partition - Urvashi Butalia's Partition: The Long Shadow and Midnight's Furies: The Deadly Legacy of India's Partition by Nisid Hajari.

Another interesting Penguin title is Bill Browder's Red Notice, a searing expose of the wholesale whitewash by Russian authorities of Sergei Magnitsky's imprisonment and murder.

In November 2009, emaciated young lawyer Magnitsky was led to a freezing isolation cell in a Moscow prison, handcuffed to a bed rail, and beaten to death by eight police officers. He had testified against the Russian Interior Ministry officials who were involved in a conspiracy to steal USD 230 million of taxes paid to the state by one of the world's most successful hedge funds.

Peggy Mohan's Walk in C-minor; Jaishree Misra's A Love Story for My Sister; The Persecution of Madhav Tripathi by Aditya Sudarshan; Partha Basu's Mid-career Crisis and Lynda Gratton's The Key are some books to be brought out by HarperCollins in 2015.

During the year, Pan Macmillan India will come out with two books that will be the first of their kinds dealing with diabetes and Alzheimer's – Understanding Type 2 Diabetes by Merlin Thomas and Where Time Stops: A Caregiver's Journey through Alzheimer's by Bina Berry.

Among other Pan Macmillan titles are Lunch with a Bigot and other Essays by Amitava Kumar; Omar Shahid Hamid's The Spinner's Tale; filmmaker-writer Peter James' Atom Bomb Angel and The House on Cold Hill and David Baldacci's Memory Man.

Besides, it will bring out a number of business books like Marissa Mayer and the Fight to Save Yahoo! by Nicholas Carlson; The Big 100: The 100 Business Tools You Need to Succeed by Jeremy Kourdi; The Reputation Economy by Michael Fertik and David Thompson; and Becoming Steve Jobs, a look at Jobs’ career by Brent Schlender and Rick Tetzeli following his dismissal from Apple.

Titles related to sports include After Tendulkar: The New Stars of Indian Cricket (Aleph) by Soumya Bhattacharya; and Criconomics: Everything You Wanted to Know About Cricket & More (Rupa) by Surjit Bhalla.

Some of Rupa's major titles of 2015 are The Success Mantras of India’s Top 21 CEOs by Suhel Seth; Landmark Judgements that Changed India by former Supreme Court judge Ashok Kumar Ganguly; and The State in Denial by the late B G Verghese.

Rupa's publishing partner Aleph will offer books like Shashi Tharoor's India Shastra: Reflections on the Nation in our Time; Mehr Tarar's Many Malalas: People Fighting for Change in Pakistan; The Human face of History by Raghu Rai; Exiled at Home: How India's Muslims Were Betrayed by Saeed Naqvi; and Barkha Dutt's This Unquiet Land: Dispatches from India's Fault Lines.

Westland's titles include Mandate: Will of the People by Vir Sanghvi, Yoga for Sports People by BKS Iyengar, Shashi Warrior's The Girl Who Didn't Give Up, Arise, Awake by Rashmi Bansal and Where We Come From, Where We Go: Tales of the Seven Sisters by Uddipana Goswami.

Palimpsest's first title in 2015 will be the debut novel of young Pakistani writer Taha Kehar. Of Rift and Rivalry is an account of three generations of a family in Karachi which runs parallel to the journey of Pakistan since the days of Partition in 1947.

Among forthcoming publications by Niyogi Books are two volumes each of Forms of Devotion: The spiritual in Indian Art and Masters of Indian Paintings; Arms and Armour: The Royal Collection at Jaipur City Palace by Robert Elgood; Sariska: The Tiger Reserve Roars Again by Sunayan Sharma and Great Houses Of Calcutta: Their Precedents, Antecedents, Splendour & Portents by Joanne Taylor and Jon Lang.