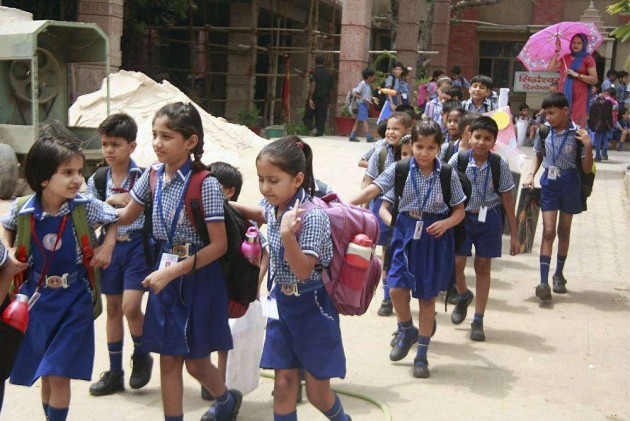 Print
A
A
A
increase text size
Outlook July 25, 2014 20:38 IST Batra Who Got Doniger's Book Pulped to Be Read in Gujarat Schools

Gujarat government is planning to introduce certain books written by Dinanth Batra, founder of Shiksha Bachao Samitee, as supplementary reading for the school children, prompting opposition Congress to call it an attempt to "saffronise" the education.

Batra, founder of Shiksha Bachao Andolan Samiti, has been associated with RSS and was recently in news when a civil suit filed by him forced withdrawal of the book on Hinduism written by US-based scholar Wendy Doniger.

"We are planning to introduce supplementary books for extra reading. These reference books will give information about Indian Culture, values and heritage," education minister Bhupendrasinh Chudasma said today.

"The books will include three or four books written by former NCERT member Dinanath Batra who is associated with Indian ideology. There is nothing controversial in them," Chudasma added.

Gujarat State School Text Book Board had issued a circular on June 30 about inclusion of nine books written by Batra as the supplementary reading material for all school and district libraries.

The original books are in Hindi, and board will provide Gujarati versions, which were recently released by Chudasama.

The minister clarified that these books are not a part of syllabus and so they are not a mandatory reading.

"There are thousands of other books which we have included as the reference books," Chudasama added.

Batra, a retired school teacher, has been the general secretary of a school network run by Rashtriya Swayamsevak Sangh in the past.