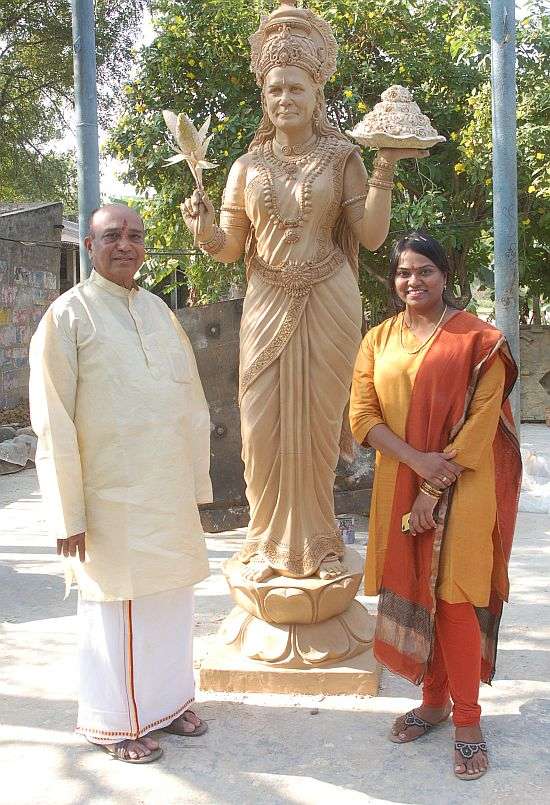 Congress legislator from Andhra Pradesh, Shankar Rao has taken his devotion to party president Sonia Gandhi to new heights by getting a statue of hers installed in a temple.

Rao is building this statue of 'Goddess Sonia' to thank the party president for the Centre's decision to create a separate state of Telangana.

Sonia Gandhi is depicted as 'Telangana Talli' or the Mother of Telangana and the statue will be placed in the nine acres of land donated by Rao which he calls the 'Sonia Gandhi Shanti Vanam'. 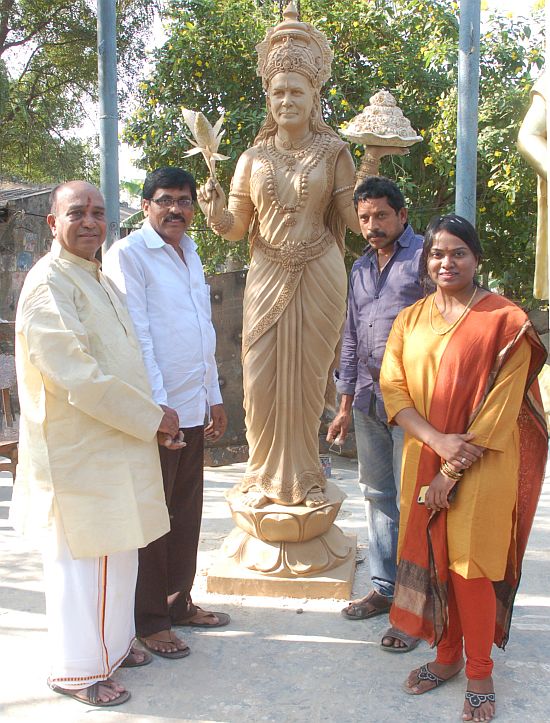 Uptill now only the clay model of the actual statue has been built and has been okayed by Rao.

It will take some 45 days to finish the statute which will measure 7.5 Ft in height and 1.5 ft at the base.

The statue made of bronze and weighing 500 kg is being crafted by a national award-winning sculptor who, incidentally, belongs to the Seemandhra region that is vehemently opposed to Telangana.

"I want to build the temple so that people can offer prayers to Sonia Gandhi every day for ending the dominance of Seemandhra leadership over Telangana. I am donating nine acres of my own land and with my own money'' says Rao. "It is not sycophancy. I am a core loyalist of the Nehru-Gandhi family. The Congress gave me a ticket to contest polls seven times and I became a minister twice.''

The foundation stone of the temple was laid on Dec 9, Sonia Gandhi's birthday.