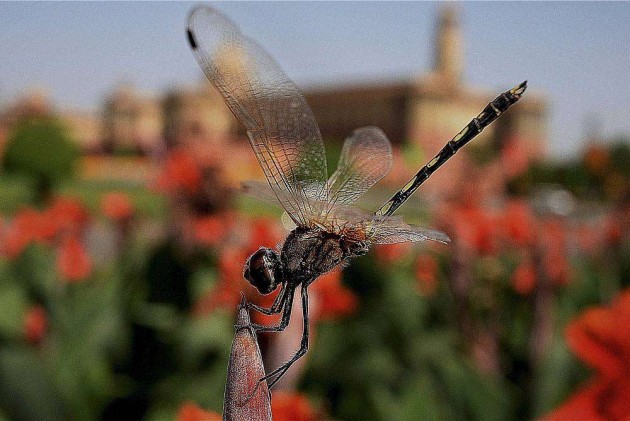 A newly elected woman deputy sarpanch owes her position to a housefly which descended and sat on a chit that contained her name among other two contestants in a gram panchayat poll in the district.

However, the district Collectorate has described such a verdict as "invalid".

A patient wait for about 15 minutes fructified as the fly, normally shooed away, obliged the panchayat members, gliding down and settling on one of the three chits that was to decide the fate of two women and a male aspirant for the post in the Satkarashtal village of Khed taluka last weekend.

The nine-member panchayat samiti then unanimously declared Sanjeevani Thingle, the lucky winner as deputy sarpanch as the remaining two contestants duly proposed and seconded her name after the "fly" verdict was delivered at the village deity Bhairavnath temple, said Ajay Chavan, a four time member of the panchayat.

Describing the procedure which was followed last year also in the village, Chavan and Khanderao Thingle, father-in-law of Sanjeevani told PTI that it was the best way of electing candidates for certain posts without acrimony, fights and bad blood.

However, Additional District Collector Ganesh Patil said they were yet to receive a report on the Satkarashtal panchayat poll and added that the housefly verdict could not be held valid.

Playing down the validity aspect of the unconventional election procedure, Chavan said it was unanimously agreed and accepted by the villagers and all panchayat members and therefore, district officials had no business to raise objections.

An elated Sanjeevani said she was determined to make best of the opportunity given to her following the "divine" nod at the temple by serving her people.