85% Pictorial Warning on Tobacco Products in Force From 1st April 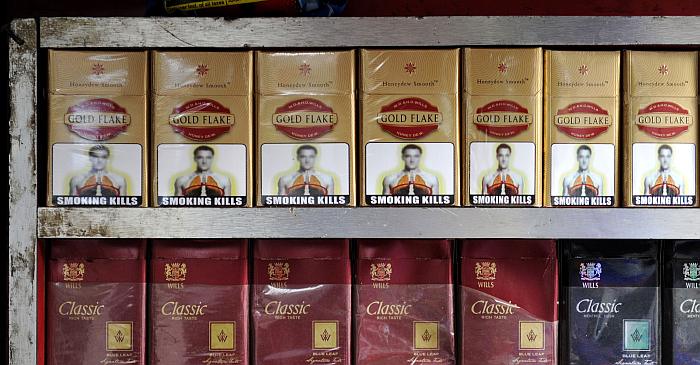 Tobacco products manufactured from today onwards will carry larger pictorial warnings covering 85 per cent of the display area on the packet as the Centre's notification in this regard went into force.

The Health Ministry's notification of September 24, 2015, for implementation of the Cigarettes and Other Tobacco Products (Packaging and Labelling) Amendment Rules, 2014, prescribing larger pictorial warnings on tobacco products came into force today.

Notwithstanding a parliamentary panel's recommendation which had described the government's proposal as "too harsh" and wanted a drastic reduction in the size of the visual warning, the Centre went ahead with the larger pictorial warnings.

The Parliamentary Committee on Subordinate Legislation had recommended that the message occupy 50 per cent of the space.

Health Ministry had also told the Rajasthan High Court that its legislative authority is examining the observations/ recommendations of the Parliamentary Committee on Subordinate Legislation.

The stand had evoked sharp criticism from MPs and health experts. In its report submitted to Lok Sabha, committee chairman Dilip Gandhi justified the recommendations, saying it was urged that the size of the warnings be increased from the present 40 to 50 per cent.

The ministry had made a commitment to the Rajasthan High Court on March 28 that it will implement the said rules from April 1, 2016.