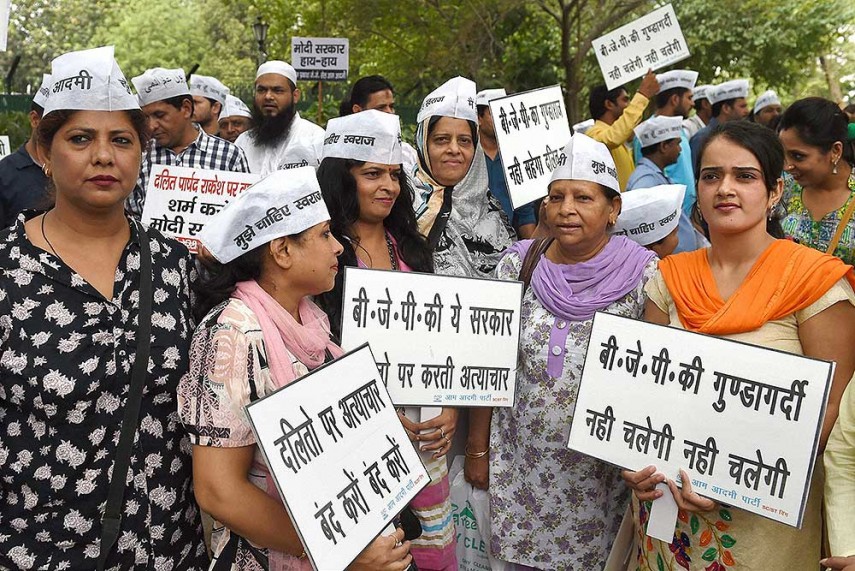 Nearly 80 AAP volunteers were placed under preventive arrest today when they were protesting close to Secretariat in Porvorim near here, where the state Assembly session is underway.

The AAP volunteers were marching towards the Assembly complex protesting against the failure of the legislators to raise an issue about Dilip Malavankar, brother-in-law of Chief Minister Laxmikant Parsekar who was arrested last year for allegedly taking bribe at his office in Goa Industrial Development Corporation (GIDC).

"Not a single legislator spoke about Malavankar during the ongoing session. The issue should have been raised on the floor of the House. We had organised protests to highlight this failure of legislators," AAP Goa spokesman Rupesh Shinkre told PTI, after the arrest of 80 volunteers.

Shinkre alleged that few volunteers were subjected to physical harassment by police who beat them after the arrest.

The capital city witnessed traffic chaos when AAP protesters were stopped on Mandovi bridge, which leads to the Assembly complex.

"As the AAP volunteers refused to disperse, they were put under preventive arrest," inspector Siddhanth Shirodkar said.

They were later taken to Panaji police station.

Due to the protest, several MLAs reached late to the Assembly, though the session began on time with first question being answered by Parsekar.

Malavankar, working as a field officer in GIDC, was arrested by the Anti Corruption Bureau in August last year for allegedly taking bribe in his office.

He was later reinstated in the GIDC, while the ACB is yet to file a charge sheet against him.

Aam Aadmi Party had last month submitted a memorandum signed by over 10,000 people to Parsekar, demanding that he should not be reinstated in the service.