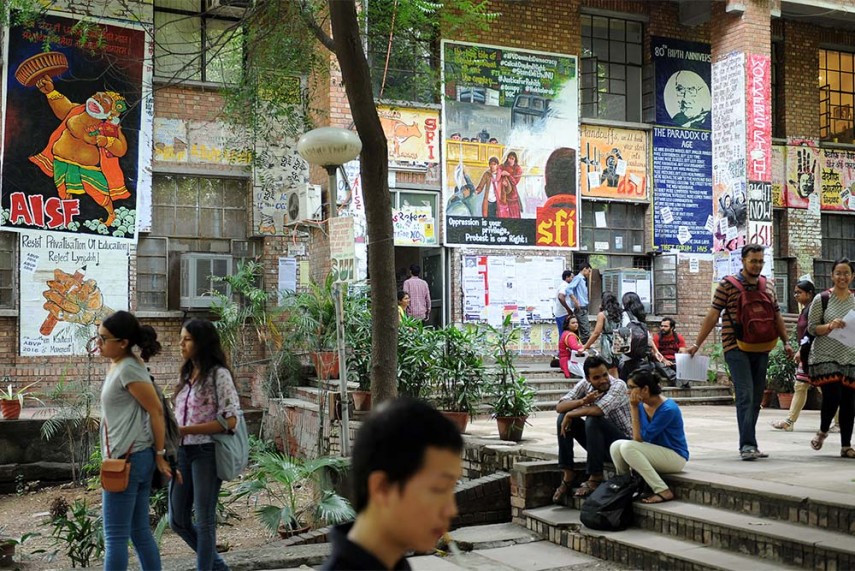 The JNU administration today said it has received a joint reply to the notices served to eight suspended students accused of disrupting Academic Council meeting wherein they have refuted the charge against them, even as the students staged a protest on campus against the suspension.

The JNU Students Union (JNUSU) said it will organise a protest march on the campus tomorrow demanding revoking of suspension of the students.

"A group of students today staged a protest over suspension of students on the campus. We have also received a joint reply on the notices served to 8 suspended students, in which it has been claimed that the charge of disrupting AC meeting is wrong," said a senior JNU official.

The Proctorial enquiry against the eight students is on and the suspension will continue till it is completed, he added.

Congress'-affiliated student outfit NSUI staged a protest over and took out a march towards the HRD ministry but were stopped by police on Raiseena Road.

Addressing the protesters, NSUI president Amrita Dhawan said the agitation on the issue will continue.

"The JNU students were protesting over the provision of making interviews sole criterion of admissions to MPhil and PhD courses. But their leaders were punished with suspension without any notice," she claimed.

The JNU administration had yesterday suspended the eight students and withdrew their hostel facilities for allegedly disrupting an Academic Council meeting chaired by VC Jagdesh Kumar on December 26.

"A protest was held today at Admin Block of the university. We were informed that our meeting with VC will be held tomorrow," said Rahul.

He however denied the notices served on the students were replied jointly by the eight students.