8 Killed, 9 Others Injured In An Explosion At Petrochemical Plant In China 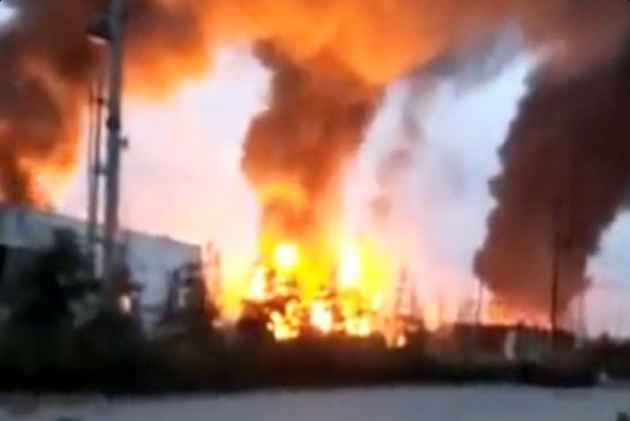 Print
A
A
A
increase text size
Outlook June 05, 2017 16:56 IST 8 Killed, 9 Others Injured In An Explosion At Petrochemical Plant In China

Eight people were killed and nine others injured today in an explosion at a petrochemical plant in China's eastern Shandong province.

The explosion set ablaze several fuel storage tanks at the site in the Lingang Economic Zone in the Linyi city. The fire had been put out with secondary disasters unlikely.

Nine people were injured after a liquefied gas tanker exploded in the early hours causing the fire in the loading area of Linyi Jinyu Petrochemical Company.

The injured were not in critical condition, according to the rescuers.

Police have detained the owner of the company.

More than 900 firefighters and over 170 fire engines were mobilised to extinguish the flames. People in nearby villages and plants were evacuated.