A 25-year-old woman who is eight- feet- tall and weighs 160 kg and is still expanding has been admitted to a government hospital in West Bengal's South Dinajpur district for a hormone-related disease which is causing the abnormal growth.

The woman, Siddiqa Parvin, is suffering from abnormal growth caused by irregular secretion of the somatotropic hormone from the pituitary gland was admitted to the state-run Balurghat Sadar Hospital on July 2, the attending doctor Sarthak Sensharma told reporters.

"Siddiqa is eight- foot- tall and weighs about 160 kg. We may have to take her to Kolkata for better treatment," Sensharma said.

The mother said her daughter had a monstrous appetite and ate six kg of rice and vegetables daily, making it extremely difficult for her father, a daily wage earner, to provide for her.

She said that they had to take loans to feed their daughter and also did not know how much her treatment would cost.

District Magistrate Durgadas Goswami said no assistance has been sought by the family from the administration for Siddiqa's treatment.

If an application was made, the administration would consider it, he said. 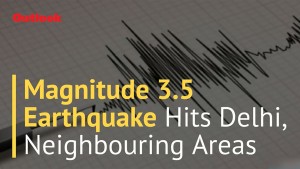