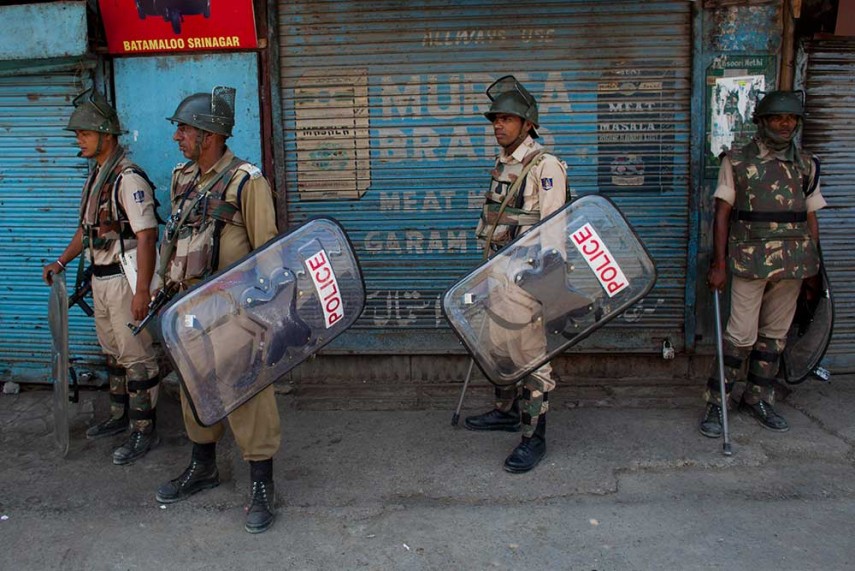 With 79 terrorists being killed in Jammu and Kashmir till June 30, militant groups based in Pakistan have intensified their efforts to radicalise youths, who are targeting security forces and giving it a shape of civil resistance, Rajya Sabha was told today.

Minister of State for Home Hansraj Ahir said there has been a spurt in infiltration attempts from Pakistan and the security forces have responded to it, resulting in killing of 79 terrorists till June 30 this year.

"Since a large number of terrorists neutralisation has taken place, the terrorist organisations based in Pakistan are now increasing their efforts to promote radicalisation through vested interest groups and social media and increase the attack on the security forces in Jammu and Kashmir forcing them to retaliate and give it a shape of civil resistance," he said replying to a written question.

Ahir said security situation is monitored and reviewed regularly at all levels and security agencies work in close coordination to thwart the nefarious designs of Pakistan sponsored terrorists.

The Minister said there were 125 terrorist incidents in the first six months of 2016 in comparison to 76 in the corresponding period of last year.

Altogether 390 incidents of stone pelting took place till June 2016 in comparison to 224 in the corresponding period of 2015. There were 40 fresh recruitment of terrorists in Jammu and Kashmir in the said period in comparison to 34 in June last year.