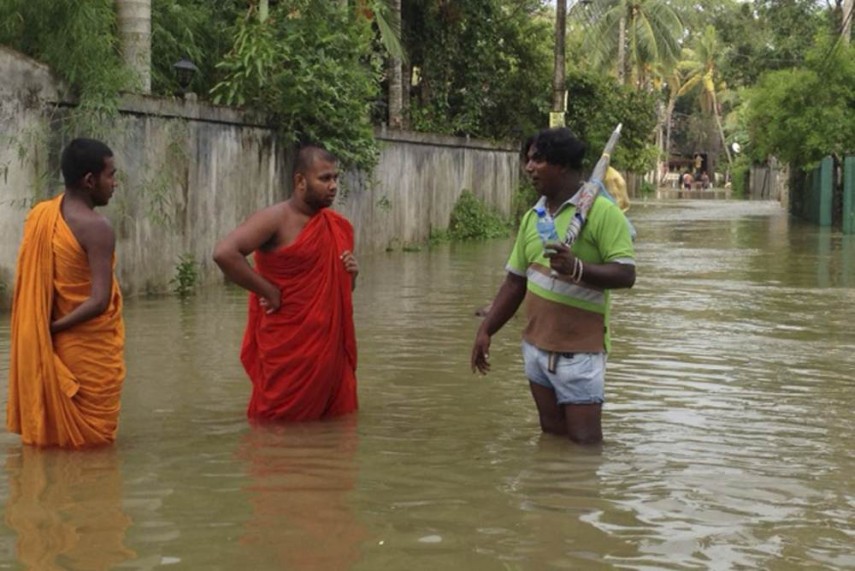 At least 71 people have been killed and 127 others were still missing in floods and landslides triggered by the heaviest rains in Sri Lanka in over a quarter century even as an Indian aircraft and two naval ships arrived here today with relief supplies.

These had been identified as priority relief materials by Sri Lankan authorities.

"Sri Lanka occupies a special place in the hearts and minds of Indians, and India's emergency relief assistance is a manifestation of our abiding friendship. India will continue to work closely with the government of Sri Lanka to address longer term rehabilitation needs of the affected people as part of its development partnership with Sri Lanka," the Indian High Commission here said in a release.

At least 127 people remain missing at Aranayake, the site of the landslide disaster in the southwestern district of Kegalle, National Disaster Management Centre said today.

"There had been a huge outpouring of sympathy for victims with donations of food, clothing and dry rations," local officials said.

Some 375,604 people were displaced in 22 districts in Sri Lanka. The country has begun receiving international assistance, they added.

Continue FREE with Ads Pay Rs. 1 to Read Without Ads
READ MORE IN:
International
Next Story : Centre Taking All Steps to Protect Country: Rajnath on IS
Download the Outlook ​Magazines App. Six magazines, wherever you go! Play Store and App Store