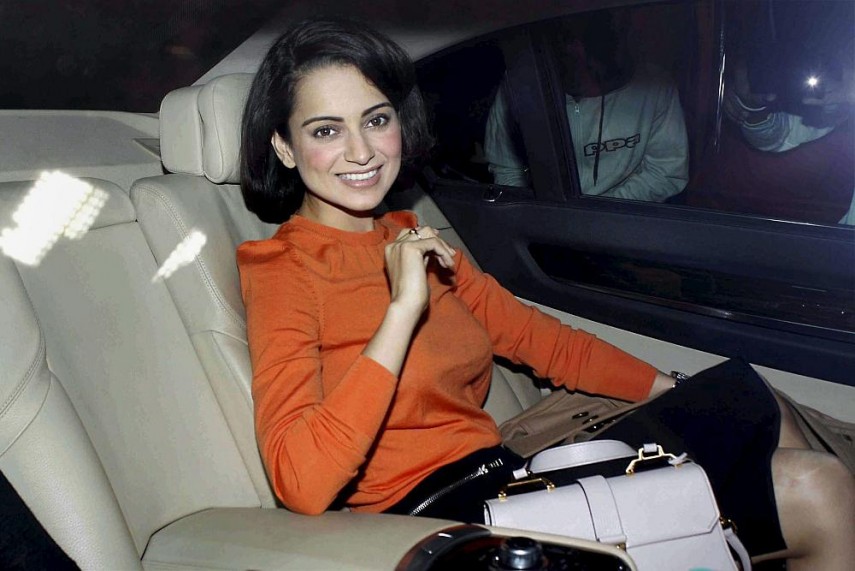 Megastar Amitabh Bachchan won his fourth National award for Piku, while it was a second consecutive best actress win for Kangana Ranaut at the National Film Awards announced here today, which saw Bollywood's dominance in major categories, barring the top prize that went to multilingual Baahubali.

73-year-old Bachchan won the best actor honour for his turn as a hypochondriac father in the road-trip family drama. He previously won the honour for Agneepath, Black and Paa.

Ranaut, who turned 29 last week, was declared the winner for her endearing dual turn as Tanu, a troublesome wife and Haryanvi sportsperson Datto in romantic comedy Tanu Weds Manu Returns.

The actress called it the "best birthday gift" especially since she gets to honour with Bachchan.

"It is the best birthday gift I could have got. I am thrilled and feel blessed especially since Mr Bachchan is the best actor with me," Ranaut said in a statement.

This is the third trophy for Ranaut at the National Awards, having won best actress for Queen last year and earlier for best supporting actress for 2008 film Fashion.

SS Rajamouli's magnum opus Baahubali was announced the best feature film winner by filmmaker Ramesh Sippy, who headed a 11-member jury, even as last year's much appreciated Masaan had to contend itself with just a best debut director award for Neeraj Ghaywan.

Baahubali star Rana Daggubati said, "I am thrilled. We took a risk and attempted something different with it. Now with this award we feel honoured."

"This is my first National award as a director, it is really very special to me. My mother always prayed that I should get one and here I get it. Her prayers are answered," Bhansali told PTI.

The director said his mother screamed with happiness when she got to know about his win.

Sharat Katariya's debut Dum Laga Ke Haisha, a '90s set drama in Haridwar about the romance between a mismatched couple, was named the best Hindi film.

"Thank you everybody for all your love. We are really happy that Bajrangi Bhaijaan got the National Award for Best Popular Film," director Kabir Khan tweeted.

Actress Kalki Koechlin's stint as a girl affected with cerebral palsy in Shonali Bose's Margarita with a Straw got a special jury mention.

Valiya Chirakulla Pakshikal, a dramatically disturbing exposition of the ill effects of pesticides in North Kerala, bagged the best film on environmental conservation/[preservation.

Nirnayakam was named the best film on social issues.

In the non-feature film categories, best film went to "Amdavad Maa Famous", while the best debut film of a director went to Nishantroy Bombarde's Daaravtha.

Best Arts/Cultural film honour was shared by "A Far Afternoon - A painted Saga" and "Yazhpanam Thedchanamoorthy - Music beyond boundaries".

Best environmental film including agriculture went to The Man who dwarfed the mountains and God on the Edge.

The Chameleon, Amma and Syaahi shared the special mention award.

In the best writing on cinema, the best book on cinema went to Doddahulluru Rukkoji for his book "Dr Rajkumar Samagra Charithre". While, Satish Chopra received a special mention for his book "Forgotten Masters of Hindi Cinema".

Continue FREE with Ads Pay Rs. 1 to Read Without Ads
READ MORE IN:
Amitabh Bachchan Kangna Ranaut Arts & Entertainment
Next Story : Congress on Decline Due to Problems of Its Leadership: Jaitley
Download the Outlook ​Magazines App. Six magazines, wherever you go! Play Store and App Store