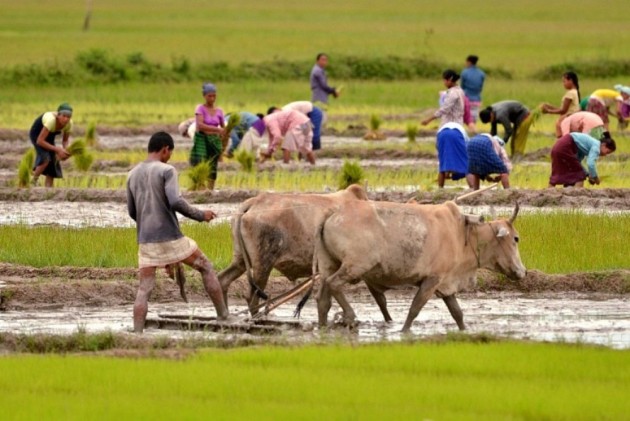 All India Kishan Sabha General Secretary Hannan Mollah on Saturday clamied that 52 farmers were committing suicide everyday in the country in the BJP-led government at the centre.

"The Central government's farmer policy is completely anti-farmer. As no support price is being given to them -- it had been BJP's poll promise -- incidents of farmer suicide has increased 26 per cent in this regime with Narendra Modi as Prime Minister. 52 farmers are committing suicide every day in the country," Mollah claimed.

He was addressing a meeting at Bishramganj, about 25 km from Agartala, organized by the Tripura unit of Kishan Sabha, the peasant front of CPI(M), on the opening day of its state conference.

Mollah said 41 per cent farmers want to migrate to other jobs as farming became a loss making profession and BJP had pledged to provide 50 per cent of the product cost as support price, but paid nothing.

"Banks can sanction loans to corporates and industrialists, who often do not repay the debts, but the poor farmers are not given loans by the banks due to government's anti-farmer policy," he alleged.

Further, Tripura Chief Minister Manik Sarkar alleged that Central government was safeguarding the interests of the capitalists and rich people as a result of which poor people were suffering in every sphere.

Despite financial constraints, the Tripura government was trying to protect the interests of the poor people by introducing social schemes and properly implementing them, Sarkar said.