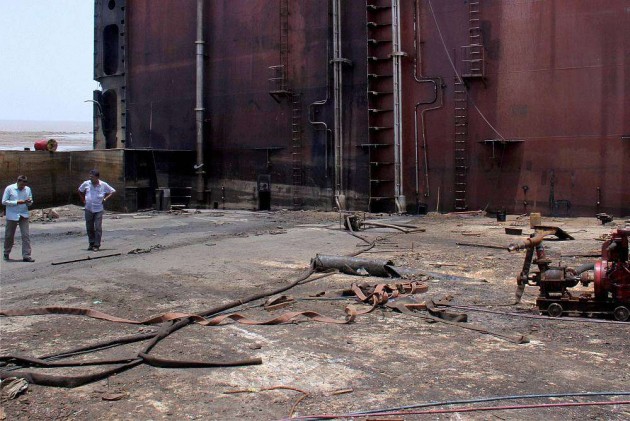 Five persons were killed today and seven others injured when a blast triggered by a suspected gas leak took place in a ship being dismantled at the Alang ship-breaking yard in Bhavnagar district of Gujarat.

"Five persons were killed while seven others sustained injuries after a fire broke out following a blast in the ship which was being dismantled in plot number 140 at the yard," Police Sub-Inspector (PSI) K J Rathod of Marine Police Station, Alang said.

Prima facie, the blast occurred due to sudden gas leakage when ship-breaking activity was in progress, the officer said.

The intensity of the blast claimed five lives on the spot while the injured were rushed to the nearest hospitals for treatment, he said.

The exact reason behind the explosion has not been ascertained yet, PSI Rathod said, adding the FSL officials are on the spot for carrying out further investigation. The cause will be clear only after forensic reports come.