38% Voting in Phase ll of Gujarat Polls Till 1 PM 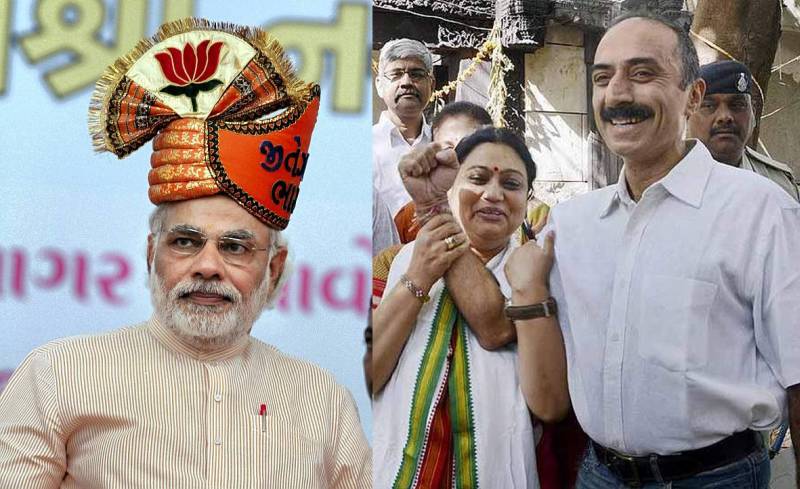 outlookindia.com
-0001-11-30T00:00:00+0553
About 38 per cent average polling was recorded across 95 constituencies in Gujarat in the first five hours of the final phase of voting today, which will decide the fate of 820 candidates including Chief Minister Narendra Modi.

Veteran BJP leader L K Advani exercised his franchise at a polling booth in Shahpur area here. Earlier in the day, Leader of Opposition in Rajya Sabha Arun Jaitely and Modi had cast their vote.

"Around 37-38 per cent polling has been recorded in the first five hours of polling till 1 PM, which is exactly the same as in phase-I till this time," a state Election Commission official said.

"It could be once again a record voter turnout in Gujarat as the trends so far indicate," he said.

A record 70.75 per cent polling was recorded in phase-I of polls.

Modi, who is contesting from Maninagar Assembly constituency, is locked in a direct contest with Congress candidate Shweta Bhatt, wife of suspended IPS officer Sanjiv Bhatt.

Seeking a third term in office, Modi exercised his franchise at Nishan High School in Ranip area of the city.

Confident of returning to power, Modi today said, "I thank all the voters. In this election, people of Gujarat will make a hat-trick by giving a third term to us."

Long queues were seen since morning across 23,318 polling stations, with men, women and youths coming out in large numbers.