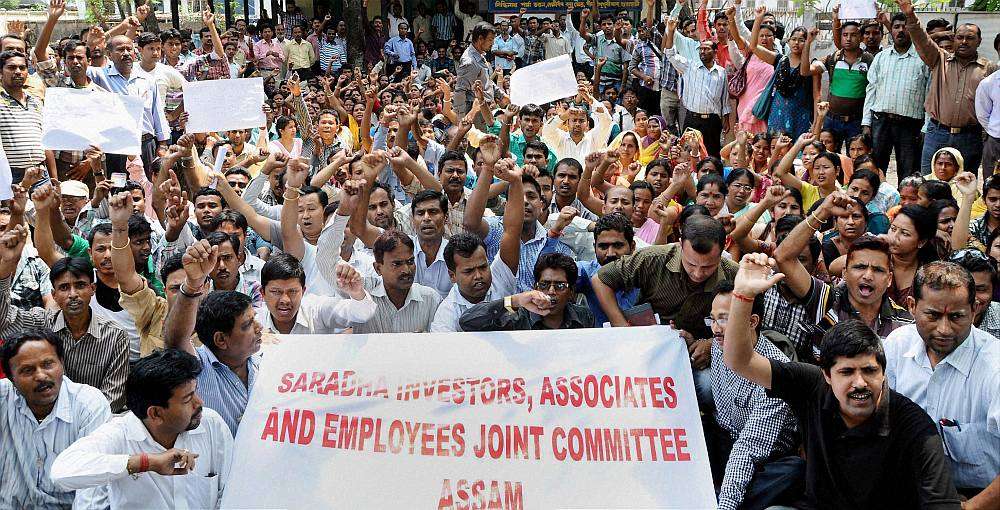 A complex maze of 338 bank accounts and 224 companies was used by the perpetrators of the Saradha chitfund scam which is alleged to have duped numerous investors of their hard earned money in various states including West Bengal, Odisha and Assam.

The Enforcement Directorate (ED), which has been probing the Saradha scam under money laundering laws, has put together the jigsaw puzzle through which the Saradha group and its sister companies conducted the alleged dubious business transactions which came to light early last year after investors raised their voice and said they were cheated.

In one of the most voluminous investigations being carried out by the agency involving lakhs of multi-layered transactions, it was allegedly found that "more than 90 per cent of such companies existed only on paper and only 17 companies out of the 224 companies actually had carried out some business."

The rest, investigators claimed, were floated as 'dummies' to act as a cover for unleashing the alleged ponzi scheme.

The latest ED probe report has ascertained that the laundering amount in this case amounts close to Rs 1983.02 crore and it has identified it as "proceeds of crime" as stipulated under the criminal provisions of the Prevention of Money Laundering Act (PMLA).

Investigations by the central enforcement agency found that a part of this huge amount was allegedly "channeled into various investments through a maze of 338 bank accounts in various branches of different banks and a total of 224 private limited companies were floated with definite equity basis so as to conceal the irregular collection defrauding the common mass.

"Except a handful of these companies, the probe report alleged that "all the others were registering loss in their annual profit and loss accounts."

Investigative agencies probing the case including ED, state police departments of West Bengal, Odisha and Assam, have brought under their scanner four companies of the Saradha group which are: Saradha Realty Private India Limited, Saradha Tours and Travels Pvt Ltd, Saradha Garden Resort and Hotel Pvt Ltd and Saradha Housing Pvt Ltd, as they have been alleged to have mobilised money from the public, the returns of which were later not honoured leading to the scam.

The ED probe found that "no policy certificate was issued to the investors" who had put their hard earned money in the business activities of these firms as they were falsely promised high returns in violation of existing laws prevalent in this domain.

The agency is now expected to file a charge sheet in this case by next month even as it has attached assets worth Rs 140 crore after it registered four FIRs and recorded statements of various people involved in the case including the arrested Chairman of the group Sudipta Sen.

A total of 390 bank accounts have been frozen by the agency as yet even as it has written to these financial institutions for providing details on "lakhs of transactions" done by the group before it got defunct and closed shop.

The agency is also expected to attach more assets of the group and of the entities involved under PMLA laws as the particular provision in this law is aimed to deprive the accused the benefits of his or her ill-gotten wealth.

The scam is now also being probed by the CBI following a recent direction of the Supreme Court.

The four companies of the Saradha Group, an investigation report of the West Bengal police and the ED earlier had said used to mobilise funds through three schemes—-fixed deposit, recurring deposit and monthly income deposit—-which lured depositors with promises of either "landed property or a foreign tour" as incentive.

The report had stated that "the summary report (of the group) for the years 2008-12 revealed that the four companies of Saradha Group had mobilised an amount of Rs 2,459.59 crore through issuance of their policies."

The Saradha scam had grabbed headlines as a number of high-profile people including politicians and sitting MPs are under the scanner of the various probe agencies in this case.