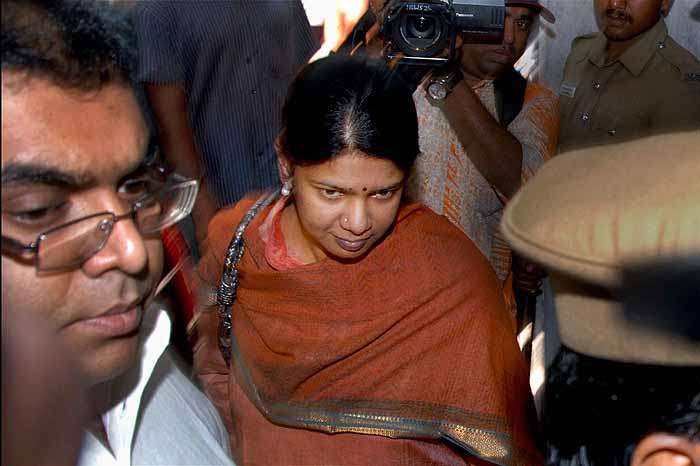 A special CBI court here is likely to commence tomorrow the recording of statements of accused, including former Telecom Minister A Raja, DMK MP Kanimozhi and 17 others, in a 2G scam-related money laundering case.

Special CBI judge O P Saini had on March 4 supplied a draft questionnaire containing 400 questions running into 225 pages to the counsel representing the 19 accused and had fixed the matter for tomorrow.

The court had supplied questionnaire observing that it would facilitate recording of statements of the accused with "ease and felicity" as records of the case were technical and voluminous.

While giving the questionnaire to the defence counsel, the judge had said that if any query was not understandable to any of the accused or their counsel, they were at liberty to ask for clarifications.

The Enforcement Directorate (ED) on April 25, last year had filed a charge sheet against them for alleged offences under the Prevention of Money Laundering Act (PMLA).

The other individual accused in the money laundering case are Directors of Kusegaon Fruits and Vegetables Pvt Ltd, Asif Balwa and Rajiv Agarwal, Kalaignar TV MD Sharad Kumar, Bollywood producer Karim Morani and P Amirtham. All of them are out on bail.

If convicted of the charges against them, Raja and others will face a maximum sentence of up to seven years.

In the money laundering case, the court had on October 31, 2014 framed charges against the 19 accused saying that Raja, allegedly in connivance with Kanimozhi, Dayalu Ammal and other co-accused, was involved in "parking" of illegal gratification of Rs 200 crore in Kalaignar TV.

This is the second case in the 2G spectrum allocation scam in which Raja, Kanimozhi and others are facing trial for their alleged involvement in the scam.

In the first case probed by CBI, Raja, Kanimozhi, Shahid Balwa, Goenka, Asif Balwa, Rajiv Agarwal, Morani and Sharad Kumar, along with others, are facing trial for criminal breach of trust, conspiracy, forgery, cheating and other offences punishable under the provisions of IPC and under Prevention of Corru