2G: I Have No Role in Reliance ADAG, Says Tina Ambani 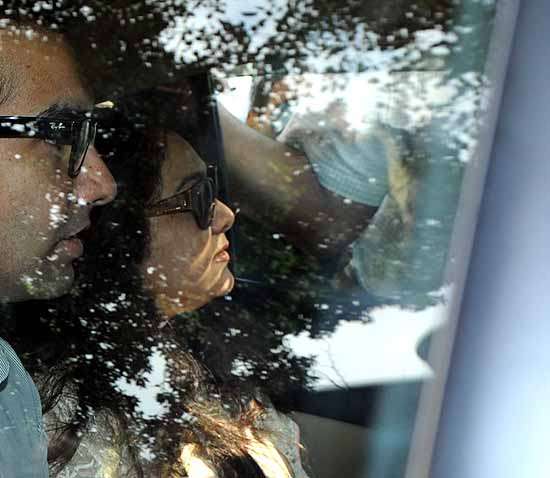 After her husband Anil Ambani, Tina Ambani appeared in a Delhi court as a witness in the 2G spectrum case and CBI claimed that she was "deliberately withholding facts" which the judge found was "adverse" to the prosecution.

Special CBI judge O P Saini hearing the case said her adverseness sprang from her failure to recall about the companies, said to be associates of RADAG, relating to which she had signed the documents.

"In the instant case, though there is no previous statement of witness (Tina Ambani), nor has she introduced any new fact adverse to the prosecution, but has certainly signed some documents, which have been shown to her.

"As such, her adverseness springs from her not recalling about the companies relating to which she signed the documents," Judge Saini said while allowing the CBI to cross-examine its own witness Tina Ambani.

Her husband was yesterday cross-examined by CBI lawyer after he resiled from his statement made during the probe in February, 2011.

During the recording of statement, when Tina Ambani said she did "not have any knowledge" of Swan Telecom Pvt Ltd, facing trial in the case, special public prosecutor U U Lalit requested the court that he be permitted to put one question to her, "which an adverse party is permitted to put in cross-examination."

Lalit said that Tina Ambani has not "disclosed true facts" in the court regarding identification of some persons, companies and the business conducted in the meetings of these firms.

The defence counsel opposed Lalit's arguments saying "no foundation" has been laid for asking such question and Tina Ambani has neither resiled from any of her earlier statements nor has she denied her signatures.

The court, however, permitted the prosecutor to ask questions from Tina Ambani while overruling the objections of defence lawyers.

During her deposition, the judge remarked that Tina Ambani was better than her husband Anil Ambani in answering questions in the court.

"Ye Ambani sahab se to better hai (She is better than Ambani)," the judge said with a smile.

When the prosecutor continued asking questions to Tina Ambani, senior advocate Harish Salve said, "I agree she is a very charming witness and that is why the prosecutor wants to go on and on."

This remark, however, did not go well with the prosecutor requesting Salve not to pass such comments.

During recording of Tina Ambani's statement, which started at 2 PM in a jam-packed courtroom and concluded today itself, 55-year-old Tina Ambani said she does not know Reliance ADAG's top executives Surendra Pipara and Hari Nair, who are facing trial along with Group's MD Gautam Doshi.

She also denied CBI's claims that she was "deliberately withholding facts" from the court regarding the roles of three executives in the alleged associate firms of the Group.

She also denied that she knew "everything" about the six companies, which are said to be associate firms of Reliance ADAG.

During her one-an-half-hour long deposition, Tina Ambani told the court that she had "no role" in the running of Reliance ADAG as she was "a housewife, run a hospital and do a lot of social work."

"I have never been associated with any company of this Group", she deposed.

The CBI prosecutor showed her various documents of these six associate firms and asked, "on seeing these documents, do you recall your role in these companies as chairperson of some board meetings, authorized signatory for operating bank accounts and as director, wherever you were so."

Responding to the query, Tina Ambani said she does not recall any of her role but if it was mentioned in the documents, then she must have acted in that capacity.