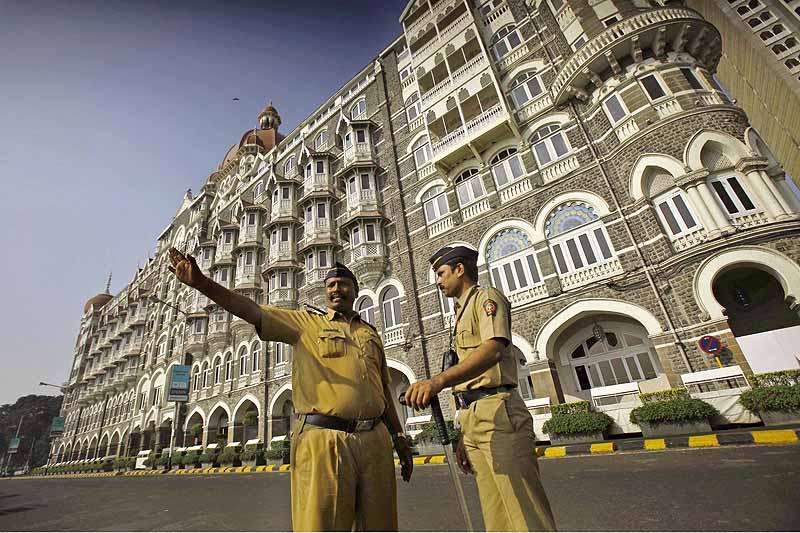 Nearly six years after it was left scarred and bloodied in the 26/11 Mumbai terror attacks that forced its closure, Jewish outreach centre Chabad House has sprung back to life.

25 Rabbis from across Asia including Thailand, Singapore and Hong Kong were present today at the ceremony to mark the reopening of the six-storey refurbished centre, one of city's landmarks ravaged during the 59-hour mayhem by 10 young Pakistani terrorists who brought Mumbai down to its knees on November 26, 2008.

The assault on Chabad House, also known as Nariman House, in a narrow bustling lane in Colaba in south Mumbai, had left six people dead, including Rabbi Gavriel Holtzberg and his pregnant wife Rivika who ran the centre. The couple had come to Mumbai in 2003 to serve the local Jewish community.

However, Moshe, the two-year-old son of Holtzbergs, was saved by his Indian nanny Sandra Samuel and the family's handyman-cum-cook Qazi Zakir Hussain alias Jackie, a Muslim.

Moshe now lives in Israel with his grandparents and Sandra moved with him to take care of the orphaned child. The Israeli government honoured her with the title of 'Righteous Gentile', the highest award presented to non-Jews, and allowed her an extended stay in the country.

It was a poignant day for all present, especially Rabi Nachman Holtzberg, father of Gavriel.

"It's a very special day for his family and friends. Everybody remembers that terrifying day and the tragedy. The couple had spread the message of goodness, hope, tolerance and love. We need to ensure their mission to spread love continues to grow further. I would like to thank all those who stood with us," a solemn Holtzberg said.

Rabbi Moshe Kotlarsky, vice chairman of Merkos L'lnyonei Chinuch, the Jewish group's educational arm, which helped rebuild the centre, described the reopening as "a moment of tears as also of joy."

"We will not fight terror with AK 47, not with grenades. We will fight by spreading love. I had pledged rebuilding. It's a moment of tears as well as a moment of joy. We will continue their (the late couple's) legacy," he said.

"I think this is really a message for the whole world. You can overcome challenges, even the most horrific of challenges," he said adding that "this project serves as a beacon of light and hope that evil will not prevail. We did not leave Mumbai since the attacks."

There are plans to turn fourth and fifth floors of the building into a museum involving an expenditure of USD 2.5 million. The bullet-riddled walls of the two floors will not be refurbished and be covered with glass so the visitors could have a sense of the tragedy that unfolded there.

The museum will also showcase universal moral principles and the sixth floor will have a memorial with the names of all 166 people killed during the attacks targeting city's landmarks including the Hotel Taj, Chhatrapati Shivaji Terminus, Leopold Cafe, Cama Hospital and others.

The first three flours have a synagogue, offices, guest rooms, a restaurant, a commercial kitchen and security rooms. The Chabad house will cater to spiritual and physical needs of the local Jewish community and visitors.

Rabbi Yisroel Kozlovsky, who will run the Chabad house said, "Gabbi and Rivky are role models for us. They are presently with us in spirit, although not physically. It has been an interesting journey for me and my wife Chaya.

"We are humbled to be part of the mission to carry forward what the late couple had started by establishing the Chabad house. Today is only the beginning. We are looking forward to the future," he said.

The nine perpetrators of the most brazen terror attack in the country, including Babar Imran and Nasir alias Abu Umer, who created mayhem at Chabad House, were felled by the security forces, while Ajmal Kasab was caught alive. He was hanged to death at Pune's Yerwada prison in 2012.