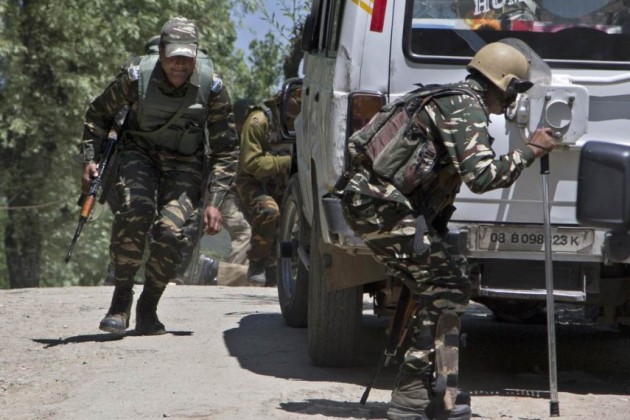 The army has lost 26 soldiers in the line of duty in Jammu and Kashmir in the first two months of 2017, while the security forces have stepped up the heat against militants, killing 22 ultras in 50 days -- the highest since 2010.

While 20 army personnel including an officer lost their lives in avalanches in the valley, six soldiers were killed during counter-insurgency operations across the state that led to the killing of 22 militants as well, security officials said here.

Among the security force personnel killed was an officer of the rank of Major who laid down his life while battling militants in Handwara area of Kupwara district on February 14.

Three militants were killed in the operation, the officials said.

Earlier that day, three soldiers were killed in a gunbattle with militants in Hajin area of Bandipora district while one ultra was also killed, they said.

The valley had witnessed a bloody day two days earlier on February 12 when four militants were gunned down in an encounter in Kulgam district of Kashmir, while two soldiers also laid down their lives.

One civilian was killed in the exchange of firing between the militants and security forces while another civilian died in security forces firing on protesters who were pelting stones after the operation ended.

Out of the nearly 50 operations conducted in Kashmir since January 1 this year, 16 operations have resulted in either killing (22) or arrest (three) of militants, the officials said.

The security forces have also been able to bust the module of overground workers of militants, especially in north Kashmir.

More than 40 overground workers (OGWs) have been arrested since the start of this year, they said.

"These OGWs do the ground running for militants, acting as their eyes and ears -- identifying soft targets, carrying out recce before striking and organising logistics like food and hideouts.

"These workers might not be high on the priority list of security agencies but their arrest means crippling of the militants, particularly the foreigners," a senior police official from north Kashmir said.

The snapping of the human information network of the militants has resulted in security forces being able to track them down more easily as is reflected in the numbers.

The militants killed in security forces operations this year has been the highest since 2010 when 38 ultras were eliminated in the months of January and February.

Security forces have killed 18 militants in January and February months of each of the last three years while the number was only two in 2013, six in 2012 and five in 2011.

One of the reasons for intensifying the operations against militants in the valley is to prevent these "indoctrinated and brainwashed people" from roping in more vulnerable youths into their ranks, the officer said.

"We have seen that most of the local militants killed this year had taken to arms in the past six months or so. They were radicalised by militants and other subversive elements. The effort is to stop this vicious cycle and prevent further recruitment of youth by the militants," he said.

The summer unrest last year came as a major boon for militants operating in Kashmir.

"They not only got the manpower for their subversive activities but managed to lay their hands on several dozen rifles which were looted from various police installations during the mob protests last year," the officer said.

The security forces, besides intensifying the operations, have launched counselling programmes for youngsters to wean them away from the separatist and militant propaganda, he said.

"We have had encouraging response to these programmes as you can see in the lesser number of stone-pelting incidents on Friday which have been localised to notorious trouble spots of the valley," he added.