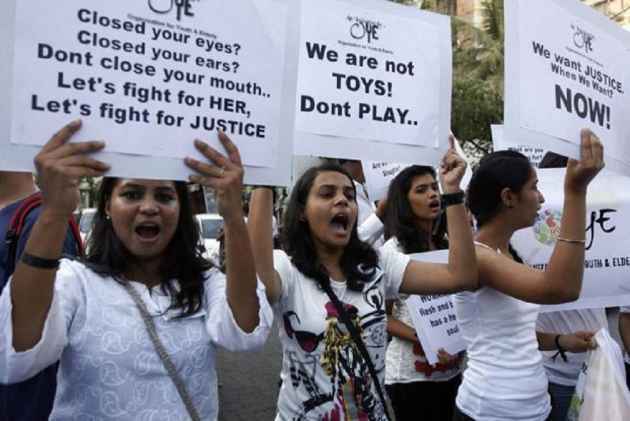 A 21-year-old woman was raped by five persons at Nikkosaran village here, the police said on Monday.

The woman, who hailed from a village in Batala here, lodged a police complaint .

She alleged that Rajan Singh, a resident of Nikkosaran village, forcibly took her to an abandoned house under Dera Baba Nanak police station on Saturday.

He raped her and threatened her with dire consequences if she revealed about the incident to anyone.

She alleged that Rajan also called his friends Jagroop Singh, Rubal, Pamma and Gopa, residents of the same village, who also raped her.

The accused fled after committing the crime, the complainant said.

A case been has registered against the five on charges of rape and criminal intimidation.

Rajan, Jagroop and Rubal have been arrested, the police said, adding that the remaining two accused were on the run. (PTI)