2016, An Eventful Year For The Culture Ministry 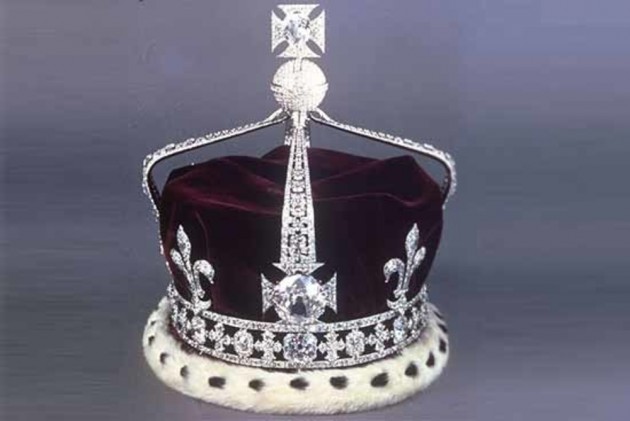 2016 was a mixed bag for the Culture Ministry as three sites made it to the World Heritage List and some stolen antiquities were brought back from abroad while appointment of Nehru Memorial director and government's stand on the Kohinoor issue created controversy.

There was widespread cheer as the 40th session of World Heritage Committee meeting in Istanbul accorded world heritage tag to all the three nominations from India linked to the session -- Chandigarh's Capitol Compex, Sikkim's Khangchendzonga National Park and the ancient university of Nalanda in Bihar.

It was the first time that a country got three sites inscribed in the Word Heritage List at a single session of the committee meeting.

The year gone by also witnessed controversy erupting over the appointment of Nehru Memorial Museum and Library's (NMML) director after a prominent member of its Executive Council (EC) Pratap Bhanu Mehta quit allegedly over shortlisting of Shakti Sinha, who reportedly was a director in India Foundation, a think tank aligned to RSS.

Prime Minister Narendra Modi's visit to the US gave momentum to bringing back of 17 antiquities smuggled out of India with eight of them finding its way into country while the remaining are in the process. Three objects, including seated images of Buddha, are also in the process of returning from Australia.

2016 also saw government making a U-turn on the Kohinoor issue saying it will make all efforts to bring back the valued diamond after it had said in the Supreme Court that the diamond was "neither stolen nor forcibly" taken by British rulers, but given to it by erstwhile rulers of Punjab.

Besides reconstitution of the Central Advisory Board on Culture (CABC), the Indira Gandhi National Centre for the Arts (IGNCA) Board was revamped with veteran journalist and former ABVP general secretary Ram Bahadur Rai coming in as its president in place of Chinmaya Gharekhan, a former diplomat who was appointed during the UPA-I rule.

The government also released online 303 declassified files related to Subash Chandra Bose in 2016, a year when assembly elections were held in West Bengal.

An intergovernmental committee of the United Nations also inscribed yoga in UNESCO's list of Intangible Cultural Heritage of Humanity during 2016.  A digital exhibition 'Uniting India: Sardar Patel' was organised by the ministry on the occasion of Rashtriya Ekta Diwas- the birth anniversary of Sardar Vallabhbhai Patel.

Various commemorations, including those of Lala Lajpat Rai, Maharana Pratap, Tatya Tope, among others, were observed during the year.

In a major initiative towards cleanliness, the Archaeological Survey of India (ASI) declared all its protected monuments and archaeological sites, over 3,680 in number, as polythene free zones.

With tourists, specially foreigners, facing problems while purchasing tickets at various monuments after the November 8 demonetisation announcement, the ASI also initiated the process of installing point of sale (POS) machines, beginning with Red Fort and Qutub Minar, to ease hardships.

The year witnessed National Monuments Authority (NMA) launching a portal that would help applicants get no-objection certificates within six working days for construction-related works near the 3,686 protected monuments in the country, a move aimed to improve ease of doing business.

It also ranked top 25 Adarsh monuments on the basis of cleanliness parameters such as amenities like toilets, green lawns, polythene free zone, drinking water and provision for garbage bins with 'Rani ki Vav (Gujarat)', a World Heritage Site, being announced as the cleanest iconic place in the country.

Besides holding Rashtriya Sanskriti Mahotsav in various locations, including the national capital, during the year, the ministry also organised 'Festivals of India Abroad' in various countries, including Hungary, Morocco, Italy and Egypt.

Festivals of India, are currently going on in Spain and Australia.