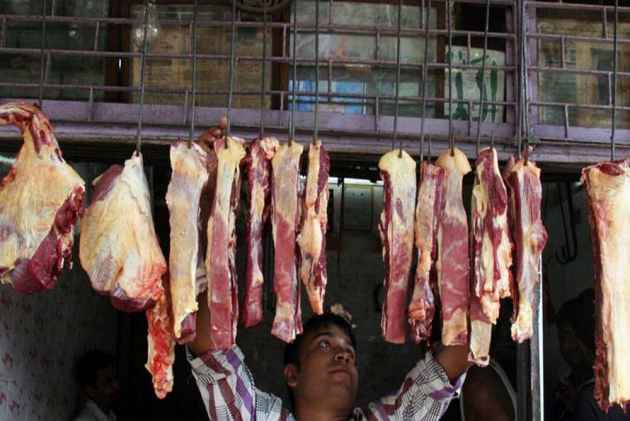 Goa chief minister Manohar Parrikar today said the state-run abattoirs here produces around 2,000 kgs of beef per day while the additional demand for the same is met by supplies from neighbouring Karnataka.

Addressing the state assembly on the first day of the monsoon session, Parrikar, in reply to a BJP member's concern over the quality of beef supplied from the neighbouring state, said the beef purchased from Karnataka would be subjected to proper inspection.

"Approximately 2,000 kgs beef is produced per day at the state abattoir the Goa Meat Complex Limited, while rest of beef is brought in from Karnataka.

"The estimated sale of beef, based on the meat inspection charges paid by beef dealers/traders is approximately 2,300 - 2,400 kgs/day," said Parrikar, who also holds the animal husbandry portfolio.

He was responding to the question raised by the BJP MLA Nilesh Cabral.

"The balance of the required quantity of beef is procured from the neighbouring states, particularly Karnataka, by meat traders," the chief minister said.

In a supplementary question, Cabral expressed his concern over the quality of beef brought from Karnataka and suggested that production of meat at the Goa abattoir could be ramped up.

To this, Parrikar replied he would issue directions to the department concerned to carry proper inspection of beef imported from Karnataka.

"The Goa Meat Complex Ltd has no problem in slaughtering more animals if they are brought there by traders," he added.