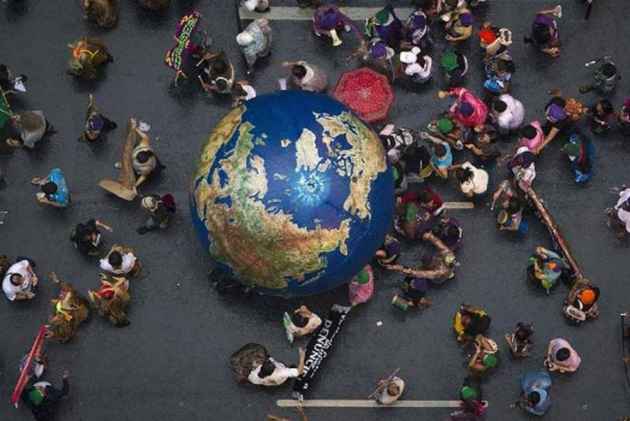 At least 200 environmental activists were killed around the globe in 2016, out of which 16 were from India, said a green watchdog organisation Global Witness.

The grim tally, double the number slain two years earlier, is the largest since the NGO began tracking such violence in 2002, it reported.

The real number is probably higher as some killings go undocumented.

Fatal attacks against activists have become more widespread, occurring in 24 countries in 2016, compared to 16 the year before.

Brazil, Colombia, and the Philippines accounted for more than half of the confirmed deaths, followed by India, Honduras, Nicaragua, the Democratic Republic of Congo (DRC) and Bangladesh.

Sixty per cent of those murdered were from Latin America.

"The battle to protect the planet is rapidly intensifying, and the cost can be counted in human lives," said Global Witness campaigner Ben Leather.

"More people in more countries are being left with no option but to take a stand against the theft of their land or the trashing of their environment."

Of the 100 killings that could be traced to specific industrial sectors, a third were linked to mining and oil operations, and a fifth each to logging and agribusiness.

Hydroelectric dams can also be a source of tension. On March 2, 2016, gunmen burst into the home of Honduran activist Berta Caceres and shot her dead.

"The mother of four lost her life because she opposed the construction of the Agua Zarca hydropower dam on her community's land," said the report. The UN Environment Programme posthumously made Caceres one its "Champions of the Earth" in recognition of her advocacy of sustainable development.

Eight people have been arrested in connection with the murder, among them an employee of dam construction company Desarrollos Energeticos.

Protecting national parks -- where poachers hunt endangered species for meat and valuable body parts, such as elephant tusks -- proved to be a deadly occupation in 2016, with nine rangers murdered in 2016 in the DRC alone. Eleven others lost their lives elsewhere in the world.

Most of the violence occurs in tropical countries, where poorly-regulated mining, logging and industrial-scale agriculture can lead to polluted water supplies, land grabs, and the displacement of indigenous peoples.

Corruption and legal abuses sometimes resulted in law enforcers targeting environmental campaigners rather than protecting them.

Police and soldiers have been identified as suspects in at least 43 killings, according to Global Witness, which listed all 200 victims.

"Murder is the sharp end of a range of tactics used to silence defenders, including death threats, arrests, sexual assault, abductions and aggressive legal attacks," the NGO said.

The 50-page report highlights the testimony of activists who have confronted intimidation and violence for protesting what they describe as the environmental pillaging of their homelands.

"We're experiencing a complete breakdown of law," said a campaigner known by the name of Richin, who has joined the Adivasi tribespeople in opposing large-scale mining in Chhattisgarh, a state in central-east India.

"The state isn't protecting people's land rights and is acting like an agent for mining companies."

Sixteen activists were killed in India in 2016, mostly over mining projects, a three-fold increase from the year before.

The annual toll more than doubled in Colombia, where extractive industries backed by the government and funded by international development banks faced protests from indigenous peoples who say their land has been misappropriated, and their water fouled.

In December, Wayuu rights activist Jakeline Romero -- who spoke out against alleged abuses by corporations and paramilitary groups in the region of La Guajira -- received a pointed threat.

"Don't focus on what doesn't concern you if you want to avoid problems," she was told in an anonymous text message.