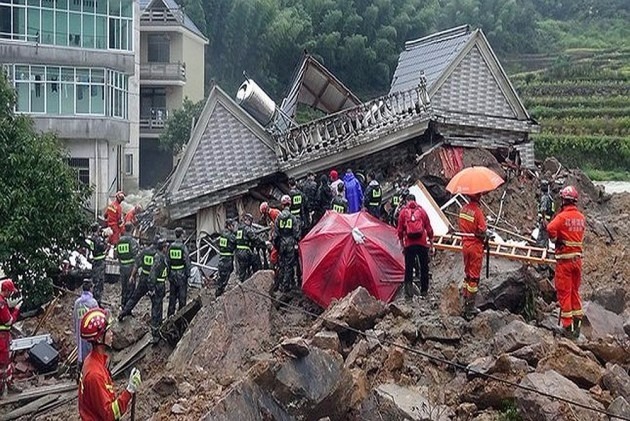 At least 17 people have been buried and 18 others have been declared missing after a landslide unleashed a torrent of 600,000 cubic meters of rock on a village in southwestern China.

The rescue operation has been hampered due to the heavy rain and avalanche of mud and rocks that covered area of over 5,000 square meters.

Over 2,000 personnel's including police, firefighters and medical staff are at the incident scene. More than 90 emergency vehicles, 20 life detectors, 17 diggers and eight drones were used in the rescue operation, Global Times has reported.

The landslide occurred at 9:45 a.m. in Yingpan village in the city of Zhaotong.

Guizhou and Yunnan have seen continuous rainstorms over the past week as a result of recent typhoons.