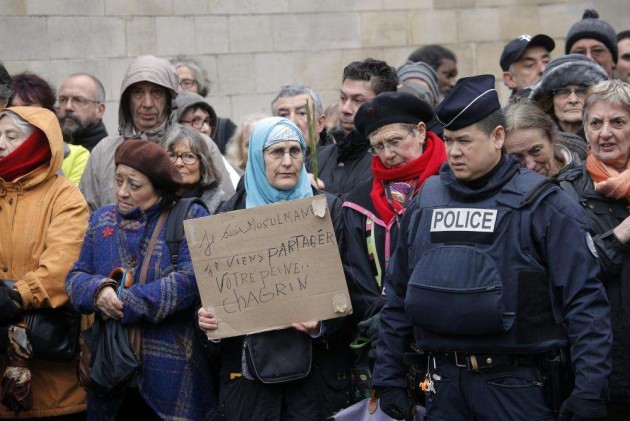 The nine men and three women were to be questioned about "possible logistic support" they may have given to the gunmen, in particular weapons and vehicles, the source said.

Raids were still taking place in Montrouge just outside Paris, where gunman Amedy Coulibaly killed a policewoman last week, Grigny where he grew up, Fleury-Merogis south of the French capital and Epinay-sur-Seine north of the city.

According to a police source, investigators have followed several people over the past few days that had been pinpointed thanks to probes on people in the alleged entourage of the Kouachi brothers, who waged the Charlie Hebdo attack, and Coulibaly, who killed a policewoman and four Jews in a supermarket.

Among other things, they are looking for the car of Hayat Boumeddiene, Coulibaly's wanted partner who is now believed to be in Syria.

Continue FREE with Ads Pay Rs. 1 to Read Without Ads
READ MORE IN:
International
Next Story : Will Fight Against Kejriwal, If Party Wants: Kiran Bedi
Download the Outlook ​Magazines App. Six magazines, wherever you go! Play Store and App Store