12 Censor Board Members Resign After Leela Samson Steps Down 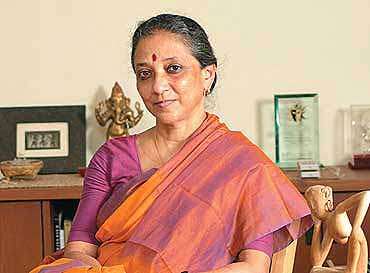 Print
A
A
A
increase text size
Outlook January 17, 2015 15:40 IST 12 Censor Board Members Resign After Leela Samson Steps Down

The Censor Board was rocked by more resignations today with 12 members quitting so far in protest against alleged government interference, a charge rejected by I&B minister Arun Jaitley who said it maintains an "arm's length distance" in film certification matters.

Jaitley also said it is "regrettable" that the UPA appointees have decided to "politicise" routine issues, calling the members who quit as "rebels without a cause". He called Leela Samson who resigned as the Chief of the Board as "non-functional chairperson".

After the resignation of Samson as Central Board of Film Certification (CBFC) Chairperson was accepted yesterday, the Board was reduced to 23-members, according to officials.

However, with 12 more members quitting, the film censor body would be further reduced to, setting the stage for a revamp of the body.

In their joint letter of resignation, the members including Arundhati Nag, Ira Bhaskar, Lora Prabhu, Pankaj Sharma and Rajeev Masand said the events that led to Samson resigning from her position were merely the "proverbial last straw".

"It is our firm position that given the cavalier and dismissive manner in which the CBFC is treated by the government, it is impossible to perform this duty with even a modicum of efficacy or autonomy," they added.

Samson, who headed the statutory body under the Information and Broadcasting Ministry, alleged "coercion", "corruption" and "interference" by the government in its functioning. Her resignation came amid controversy surrounding the clearance of film "Messenger of God" featuring Dera Saccha Sauda chief Gurmeet Ram Rahim Singh by the film tribunal.

"The NDA government maintains arms length distance in all matters relating to film certification," he said in a Facebook article "Rebels Without a Cause" on the recent controversy involving the Censor Board.

Earlier, Samson had claimed that the Board had not met for over nine months as the ministry had no funds to permit the meeting of members.

"I have checked up from officials of the Ministry who informed that the funds for the Censor Board have been returned to the Ministry as unspent by the Board," the I&B minister said in his post rebutting Samson's charge.

Jaitley said that the legal regime with regard to the functioning of the Censor Board is clear as per which an aggrieved producer has a right to move the Appeal Tribunal. The Senior Minister also attacked Congress, saying the party has politicised even membership of the Appeal Tribunal.

"We have restored its dignity by appointing a former Judge of high credibility as Chairperson. If an Appeal Tribunal disagrees with the Board, it is a part of the due process of law and not an onslaught on Board's autonomy. Can a subordinate judicial authority ever cry foul if its decision (is) upset by an appellate authority?," Jaitley said.

His remarks can be seen in the context of the controversy over the 'Messenger of God' whose makers approached the Film Certification Appellate Tribunal.

The NDA Government, Jaitley asserted, maintains "arm's length distance" in all matters relating to film certification and accused the earlier UPA Government of having politicised the Censor Board.

"In 2004 they dismissed the existing Censor Board headed by an eminent Film actor Anupam Kher merely on the ground that Anupam Kher was appointed by the earlier Government. We did not wish to do that. It is regrettable that the UPA appointees have decided to politicise routine issues," Jaitley said.

Earlier, in their joint letter to the ministry, the resigning members of the Censor Board had claimed that the advisory panel continues to be filled up with people of "questionable credentials" appointed directly by the Ministry, without taking the Board's recommendations into account.

Officers from other departments, who have no understanding or experience in cinema, are appointed as officials, they had lamented.

The resigning members also said that they had consistently tried to make certification process more uniform, transparent, consistent and sensitive to freedom of filmmakers' right to expression with responsibility.

"The struggle to do so has been extremely frustrating and disappointing," they had claimed.

Meanwhile, I&B officials said that the term of the Censor Board Chairperson and the members had completed earlier after which they had been given an extension.