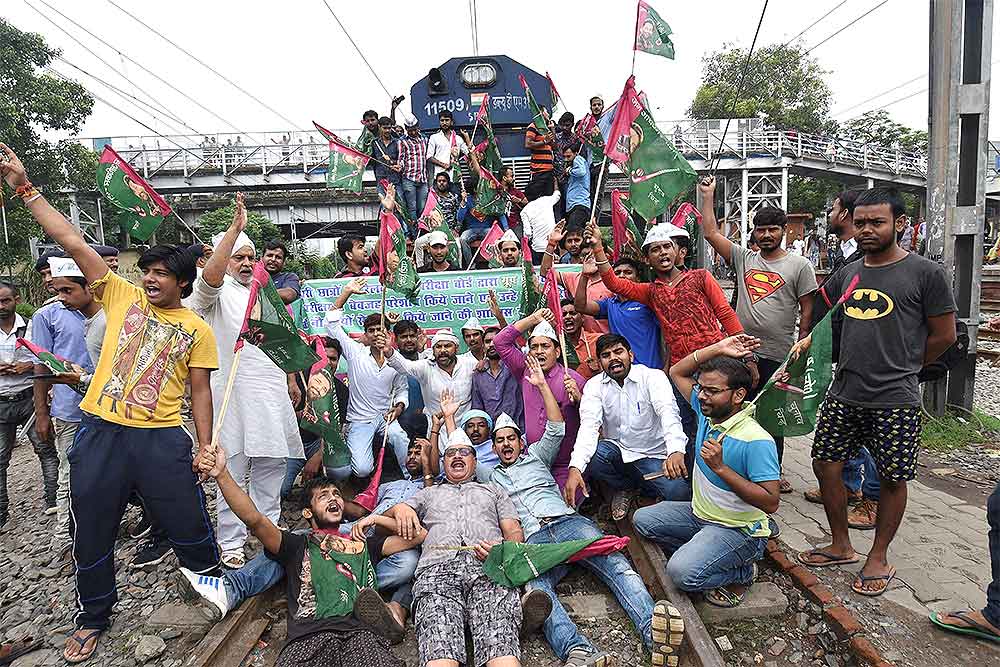 Ghaziabad, Feb 25 (PTI) The Uttar Pradesh government has given its nod to change the name of two metro stations on the Dilshad Garden to New Bus Stand route which is awaiting inauguration, officials said Monday.

Upon final approval, the New Bus Adda will be called 'Shaheed Sthal' and Rajendra Nagar Metro station will be known as 'Major Mohit Sharma' (Rajendra Nagar) station. Most possibly these names will be changed before inauguration of the Metro route, they said.

District Magistrate Ritu Maheswari told that a request was sent to the state government by the district administration and the Ghaziabad Development Authority to change the name of two metro stations on behalf of memorandums from public representatives and Ghaziabad residents.

Chief Secretary of Uttar Pradesh Nitin Ramesh Gokaran has sent a demi official letter to the Secretary of Ministry of Housing and Urban Affairs, Government of India and the Delhi Metro Rail Corporation Limited (DMRC) to change the names.

The Metro rail and Hindan civilian airport will be inaugurated by Prime Minister Narendra Modi and Chief Minister Yogi Adityanath will also remain present during the ceremony.

Tentatively, both the projects will be inaugurated on March 8 but the date is subject to confirmation of the Prime Minister's Office, DM Maheshwari added. PTI CORR CK

Pregnant And Hungry? Read This