Hailing the endeavour of the Jharkhand government, the industrial sector and the CII to promote industries, he said it was not an easy task to achieve the goal but certainly not impossible either 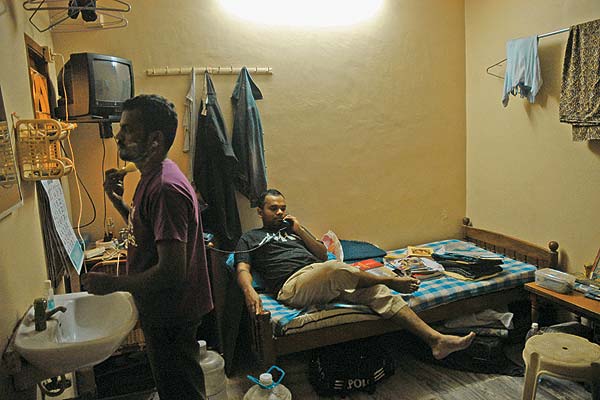 Stability is being witnessed in the steel sector globally though it had faced some problem two years ago, Narendran told newsmen after unfurling the National Flag on the 71st Independence Day here yesterday.

"We will discuss the issue in the next two to three months -- about what and where to do and how much investment to be made," he said.

Asked about the 'Momentum Jharkhand' initiative of the state government to woo investors, the Tata Steel MD appreciated the effort, stating that each state should make an effort to attract investors as they have many choices when they come to invest in India.

"We have been witnessing activities to attract investors in eastern India including Jharkhand, Odisha and West Bengal," he said.

Hailing the endeavour of the Jharkhand government, the industrial sector and the CII to promote industries, he said it was not an easy task to achieve the goal but certainly not impossible either.

However, for long-term sustainability, investment needs to be made by private sector, which it can do only when it earns profit, he said.

Narendran suggested the private sector to be competitive and efficient to become profitable.

He said, Tata Steel had invested about Rs 16,000 to 17,000 crore in the last five years in Jamshedpur and in the mining sector in the state only because it was a profitable company.

Narendran said, the government should also address the NPA issue as the banking sector was apprehensive to lend due to NPA.

Commenting on the GST, he said it has reduced transportation time and has improved efficiency.

Live streaming Of Delhi Capitals Vs Mumbai Indians, IPL 2020: Where To Watch Live