Oscars 2019: Diversity in spotlight after drama 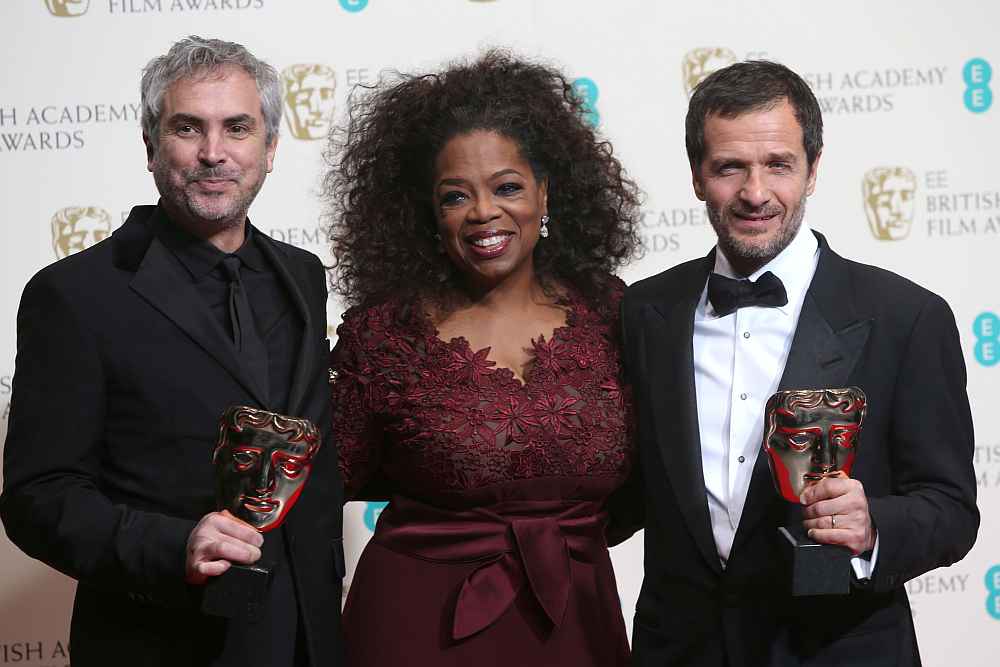 Los Angeles, Feb 23 (IANS) No host, a historic push to a superhero movie, a backlash to plans to give away some awards off-screen: much drama surrounds the 91st Oscars even before the main show. But the question that lingers on is whether "The Favourite" and "Roma" -- the BAFTA winners -- will continue their golden run or will the Sunday's mega gala spring a surprise?

Despite the pre-show hiccups, viewers will be expecting lots of diversity at the event on February 24, which for the first time in 30 years, will be held without an official host.

This comes after comedian Kevin Hart stepped down after being criticised over some past 'homophobic' comments.

The neck-to-neck competition was expected to keep the audience hooked. Mexican filmmaker Alfonso Cuaron's "Roma", a memoir of his childhood in the 1970s while living in Mexico, and Olivia Colman's period drama "The Favourite", are in a tie with 10 nominations each for the 2019 Academy Awards, to be held at the Dolby Theatre here.

Both movies are nominated for Best Picture alongside "BlacKkKlansman", "Black Panther", "Bohemian Rhapsody", "Green Book", "A Star Is Born" and "Vice".

"A Star Is Born" and "Vice" are also dominanting the nominations, earning eight nods each, followed by "Black Panther" with seven, "BlacKkKlansman" with six, and "Bohemian Rhapsody" and "Green Book" with five each.

"Black Panther", about an African superhero, has become the first superhero film ever to make it to the Best Picture category at the Oscars.

Also it will not be a no-show for India.

Although India's official entry for the Oscars -- Rima Das' Assamese film "Village Rockstars" failed to make it to the initial shortlist--, but "Period. End of Sentence", an India-set film on the taboos around menstruation and featuring the real 'Pad Man' Arunachalam Muruganathan, is nominated in the Documentary Short Subject category.

It is backed by Guneet Monga's Sikhya Entertainment, which has credits like "The Lunchbox" and "Masaan".

Apart from this, three films -- "Green Book", "First Man" and "Ready Player One" -- backed by Anil Ambani-led Reliance Entertainment, have scored a total of 10 Oscar nominations.

"Roma" director Alfonso Cuaron will be fighting with an 'all-male', ensemble, including Yorgos Lanthimos ("The Favourite"), Spike Lee ("BlacKkKlansman"), Adam McKay ("Vice") and Pawel Pawlikowski ("Cold War") to get the coveted golden statuette for Best Director.

Bradley Cooper might have missed getting a nod in the directing category, but he is in the race to win the Actor in a Leading Role. He is pitted against Christian Bale ("Vice"), Willem Dafoe ("At Eternity's Gate"), Rami Malek ("Bohemian Rhapsody") and Viggo Mortensen ("Green Book").

In the Actress in a Leading Role category, Yalitza Aparicio ("Roma"), Glenn Close ("The Wife"), Olivia Colman ("The Favourite"), Lady Gaga ("A Star Is Born") and Melissa McCarthy ("Can You Ever Forgive Me?") are in contention.

Among the men, Mahershala Ali ("Green Book"), Adam Driver ("BlacKkKlansman"), Sam Elliott ("A Star Is Born"), Richard E. Grant ("Can You Ever Forgive Me") and Sam Rockwell ("Vice") will be fighting it out.

Aiming to trim the show's run time, the Academy of Motion Picture Arts and Sciences had earlier decided to hand out four awards, including Best Screenplay, during commercial breaks. It retracted after a backlash.

There will be a performance by rock band Queen with Adam Lambert on vocals. Cooper will also perform with Lady Gaga on the Oscar-nominated song "Shallow".

Despite minus a host, the event will have a dozen of the biggest names in Hollywood, who have joined the impressive roster of presenters.

The award ceremony will aired in India early on Monday morning and then repeated in the evening on Star Movies.

Next Story : Post Pulwama strategies: A journalist and politician first to speak up (Comment)
Download the Outlook ​Magazines App. Six magazines, wherever you go! Play Store and App Store