Khattar admits there were lapses in handling Dera situation

"Some anti-social elements got mixed up with the followers of Dera Sacha Sauda after the delivery of the verdict by the CBI court in the case involving the Dera chief, resorted to violence and disrupted the peace," he had said in a statement 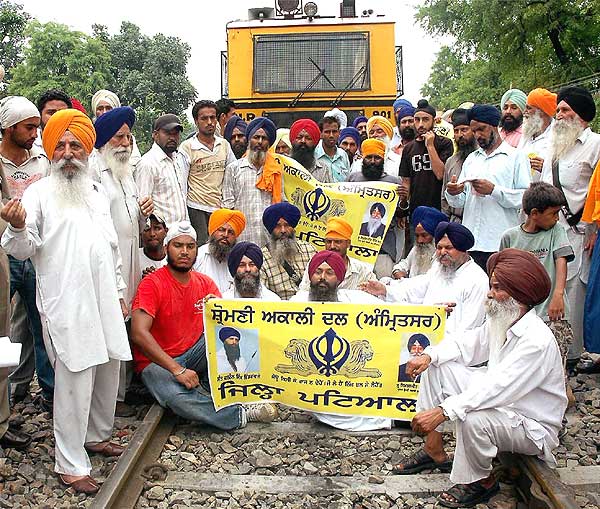 Chandigarh, Aug 25 (PTI) Under fire over the handling of the situation arising out of Dera Sacha Sauda chief Gurmeet Ram Rahim Singh's conviction, Haryana Chief Minister Manohar Lal Khattar today admitted that there were lapses but asserted appropriate action was being taken.

Facing a volley of questions from reporters on the violence that has left at least 30 people dead and scores injured, he said the "lapses have been identified and we are taking appropriate steps".

"This should not have happened," he said.

"Some people have lost lives and vehicles have been set on fire while government property too has been damaged. Some OB vans of the media have also been damaged by the mob," Khattar said.

"All those who have taken law into their hands will be punished. We have identified some culprits including those who fired (from the mob at security forces), some of whom have been nabbed and action will be taken against them," he said.

The government will assess the damage, he added.

Asked how thousands of Dera followers managed to reach Panchkula and was his government prepared for this, Khattar said, "We were prepared to deal with the situation. Since it was a very big mob..."

Khattar ducked a question on how thousands of Dera followers managed to reach Panchkula despite Section 144 being imposed much earlier.

When repeatedly asked how the followers managed to reach in such big numbers and whether it was a failure of his government, he replied, "When such issue comes where you are dealing with followers in such numbers... We tried to stop them..."

Khattar, facing unending questions from the reporters, had to plead with them to at least listen to what he had to say.

When told that the Punjab and Haryana High Court had come down heavily on the state government over the mishandling of the situation in Panchkula, Khattar said, "I have to give answer and I will give... If you do not listen to me..."

To another question, he said the state has rushed paramilitary forces to all those places in addition to Panchkula and Sirsa where it feels the situation can take an ugly turn.

He said the damage caused to some media personnel's equipment during the violence here will be taken care of the government.

He also said the state government will provide full compensation within a week to those persons whose property was damaged today.

A website would be created where claimants can enter details regarding their damaged property, including vehicles and OB vans, he said, adding the portal would be launched within a day.

Khattar also urged the people to get their FIRs lodged online on HarSamay portal of Haryana Police.

"The amount of compensation will later be recovered from the property of Dera Sacha Sauda," he added.

Punjab Chief Minister Capt Amarinder Singh expressed shock that "the situation in Panchkula was allowed to escalate by the Haryana government".

"The trouble could have been averted had the Dera supporters been stopped from aggregating in one place," Amarinder said, adding that the Haryana government should have stopped trains and buses from reaching Panchkula, just as Punjab had done.

In the morning, Khattar had appealed to the people of the state to maintain peace and harmony not allow themselves to be misled by rumours.

"Some anti-social elements got mixed up with the followers of Dera Sacha Sauda after the delivery of the verdict by the CBI court in the case involving the Dera chief, resorted to violence and disrupted the peace," he had said in a statement.

Haryana's Additional Chief Secretary (Home) Ram Niwas said that the state government has taken a decision to bear the expenses to replace the damaged equipment of those media personnel who found themselves caught up in the violence here.

"Those who indulged in arson have been identified. We have maximum video footage available in this regard and government will take action against them. As far as presence of arsonists is concerned, they have been flushed out from Panchkula, where curfew is imposed," Niwas said.