"For the business class, we have increased the GST from nine per cent to 12 per cent, but because of the input tax credit, the prices will remain unchanged But for the economy class seats, we have reduced the tax and expect the ticket rates to come down," he said 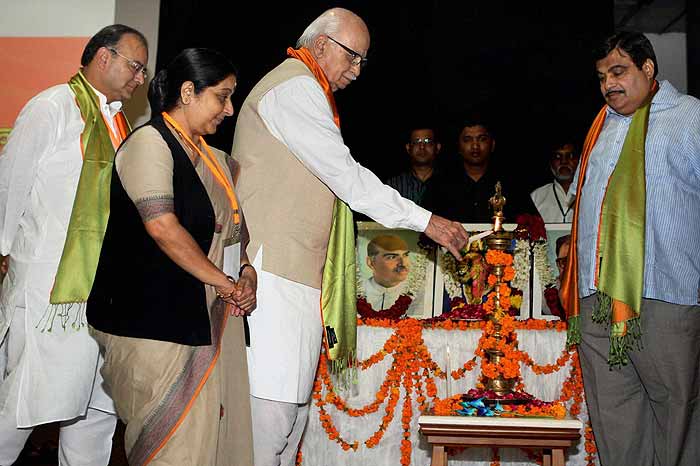 Ahmedabad, Jul 14 (PTI) Union minister Jayant Sinha today said the upcoming international airport at Dholera near here, could become a focal point of development of the country's aerospace industry and would be important not only for civilian aviation, but also for defence purposes.

The Minister of State for Civil Aviation also said that GST might bring down ticket rates in economy class.

"Dholera can be a focal point of development of the aerospace industry of the country. Dholera airport, which is under construction now, will be very important for us for civilian as well as defence use," Sinha, who was here to participate in a CII function on civil aviation said.

"We have to bring in many aeroplanes in the country for the civil aviation sector. We also have to manufacture them here and keep them fit to fly," he added.

The Gujarat government has made available all the necessary things for aerospace manufacturing and MRO (maintenance, repair and overhaul) facilities at the upcoming Dholera airport, the minister said.

"I have suggested Airbus to think about setting up their MRO service at Dholera," he said adding that this would bring lot of high skilled jobs to Dholera.

The minister also said that 12 reputed national and international companies have shown interest in taking over the operations of Ahmedabad airport on PPP (public private partnership) basis.

"We will finalise the operator by September. The bidders, who have registered for Ahmedabad airport, include GMR, which runs Delhi and Hyderabad airport, GVK that runs Mumbai airport. Those who run Frankfurt, Zurich and Dublin airports have also shown interest," he said.

Replying to a question on which other airport was up for bidding, the minister said at present they have just decided to outsource Ahmedabad and Jaipur airports.

"We will think about other airports once these two airports are covered," he said.

The minister said that economy seats rates on flights are likely to come down as they have reduced the GST on it.

"For the business class, we have increased the GST from nine per cent to 12 per cent, but because of the input tax credit, the prices will remain unchanged. But for the economy class seats, we have reduced the tax and expect the ticket rates to come down," he said.

Speaking about Air India, Sinha said a cabinet committee headed by Finance Minister Arun Jaitley will gives its suggestions on how to go about the privatisation of Air India.

Out On Bail, Accused Molester Attack Witnesses, Beat One Woman To Death