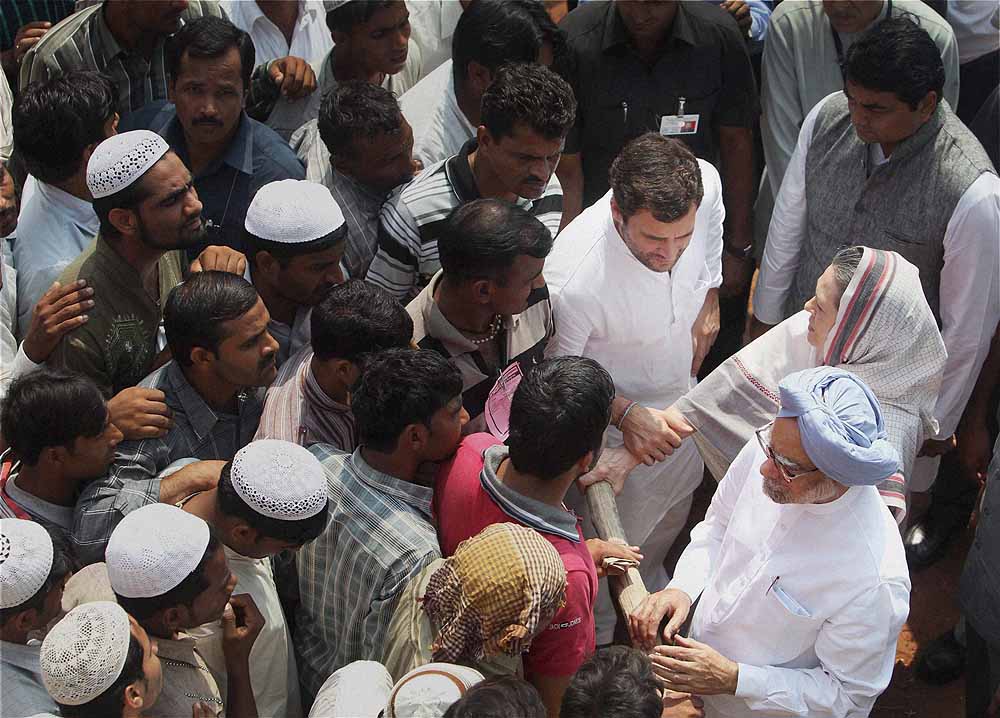 Gandhinagar, Feb 27 (IANS) Amid escalating tensions between India and Pakistan, Congress President Rahul Gandhi has cancelled a meeting of the Congress Working Committee (CWC) and the 'Jan Sankalp rally' which was to be held here on Thursday.

After almost six decades, a CWC meeting was scheduled to be held in Gujarat. All the bigwigs of the Grand Old Party were supposed to be present on Thursday including former Prime Minister Manmohan Singh, new General Secretary Priyanka Gandhi and UPA Chairperson Sonia Gandhi.

The CWC is the party's highest decision-making body.

Congress spokesperson Randeep Surjewala posted a Twitter message that Rahul Gandhi had postponed both the CWC meeting and the public rally due to the prevailing situation in the country.

The Congress leaders were to address a public gathering at the TriMandir at Adalaj in the afternoon.

A special committee was formed for the CWC meeting, which was to discuss economic, foreign and social policies.

Congress workers were waiting for the meeting with enthusiasm. A resolution was also to be passed to strengthen the Panchayati Raj and democratic institutions.

"Our President has postponed Thursday's CWC meet at Trimandir, looking at the prevalent situation. The decision regarding the same will be taken after the situation is stabilized," said Paresh Dhanani, Leader of Opposition in the Gujarat assembly.

Pregnant And Hungry? Read This