One Year Of GST: Eat In And Keep The Taxman Away

GST has been largely neutral or beneficial for ­consumers, but ‘luxuries’ are a bone of contention 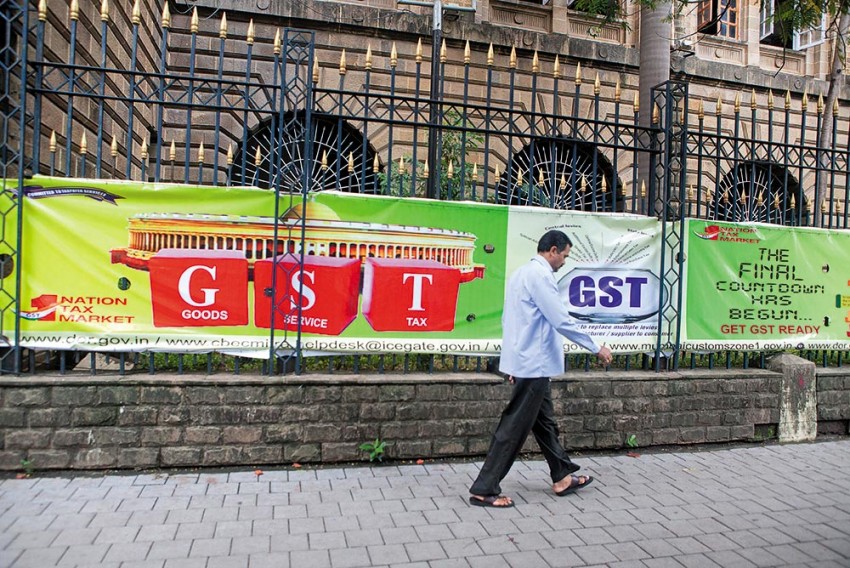 Finality
Informing the public about GST the day after the launch
Photograph by Alamy
Arindam Mukherjee June 20, 2018 00:00 IST One Year Of GST: Eat In And Keep The Taxman Away 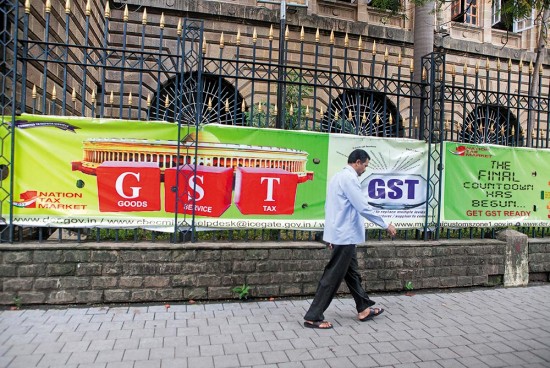 American actor-comedian Chris Rock’s famous comment—“You don’t pay taxes, they take taxes”—just about sums up the ordinary citizen’s feelings about the levies charged by the government on pretty much everything— from your income to the restaurant bill to the car you drive.

When India unveiled the Goods and Services Tax (GST) on June 30 midnight last year, most people feared the worst. Months of decoding what the tax might look like had many worried; it’s an impression many consumers still carry a year later—that GST is burning a hole in their pockets as, on average, goods of daily use have become more expensive.

But a year later, there is a mixed reaction from experts and ordinary people regarding the actual impact of GST. Most experts Outlook spoke to were of the opinion that for most products and services, GST has remained neutral for most consumers, though some feel it has increased the net tax burden on many ‘luxury’ products.

“Compliance is ­difficult. There should be a simple single rate for GST to work,” says ­taxation expert Chas Roy Chowdhury.

Luna, a schoolteacher in Calcutta, says that prices of household items and groceries have not been affected and in some cases are even cheaper than before. What has hit her is her cosmetics and toiletries bill, which has become dearer after GST. “Being professionals, we need to be well turned out and we spend a significant amount on cosmetics and toiletries. If things like shampoo become more expensive, it pinches us—and all middle class families would feel it this way,” she says. For 30-year old Mumbai-based filmmaker Debjani, the best part is that items like milk have been left out of the tax regime. As a mother to a seven-month-old child, she sees this as a big relief. However, she feels that most services are still expensive. “Despite the reduction in GST for restaurants, eating out is still more expensive than before because prices have not come down. Even going to a movie remains exp­ensive as GST benefits are not being passed on to people. In halls, refreshments are also charged at exorbitant rates. Also, being a professional, I have to charge GST to my clients; not many take it in the right spirit and they are unhappy about it, but I cannot help it,” she tells Outlook.

Ostensibly, GST had the objective of putting an end to multiple taxes such as excise, CST, VAT and service tax. It was to stop differentiating between goods and services and tax both equally. It was also aimed at instituting a uniform tax regime across the country. Chas Roy Chowdhury, head of taxation, Association of Chartered Certified Accountants, says, “India has a complex system and compliance is difficult. The government should look at consolidation of GST rates. The UAE saw a fall in consumer spending post-GST implementation. GST has increased prices in many sectors. But that is the way it works. The rates are way too high for a new tax to come in. There should be a simple single rate for it to work. Malaysia scrapped GST this year as it didn’t work.”

There are varied GST rates for items of mass consumption. The government, aiming to keep inflation in check and con­trol the negative impact of GST, synchronised rates with existing indirect tax rates so that there was no extra burden. The GST for items like edible oils and cereals has been kept low at 5 per cent. However, medicines and fruit juices attract 12 per cent. The 18 per cent rate applies to products like toothpaste, soaps and hair oils, while the highest rate of 28 per cent is for ‘luxury’ goods, including shampoos, cosmetics, chocolates and deodorants.

In most cases, the GST rate in the highest bracket comes to more than the pre-GST rates of 12.5 per cent excise duty and 12–15 per cent VAT. And GST has had a negative impact on goods that were produced in excise and tax-free zones in many states. Here, the final tax incidence earlier was lower than the final GST rates now. However, there was good news in November 2017 when the government announced a reduction in rates for 178 products from 28 per cent to 18 per cent. This has been a massive relief for consumers as most of these are items of mass consumption.

“GST was introduced with a noble intention to simplify the taxation framework of India and create a uniform experience for trade and commerce. But the new law is not flawless. Therefore, the government, in close collaboration with the GST Council, has been meticulously tweaking various aspects of the law (including revision in tax rates),” says Abhishek A. Rastogi, partner, Khaitan and Company.

According to Rastogi, GST has had its greatest impact through the change in tax rates on fast-moving consumer goods (FMCG). While the average rate for these was in the 23 to 25 per cent range earlier, under the GST regime some have come down to 18 per cent, though others are in the 28 per cent bracket. Some basic necessities like milk, eggs, paneer, wheat, rice, curd and fresh vegetables are not taxed, giving a much-needed respite. Logistics and warehousing costs for FMCG companies have also come down, while the input tax credit (ITC) has increased. As a result, these companies can pass on the benefits to consumers through price reductions.  On the other hand, eating at restaurants, which had become expensive under GST, has been given some relief. Earlier, there was VAT and service charge at 18-20 per cent. With GST, it became 18 per cent. Now all AC and non-AC restaurants have been brought under the five per cent GST bracket without ITC.  However, the ­consumer is yet to benefit from this as prices have not fallen across the board, due to restaurant owners complaining about the ITC’s withdrawal.

Bipin Sapra, tax partner, EY, says, “In the initial period of GST, there was a lot of confusion as GST in many cases was being charged over and above MRP. But that was corrected soon. Now there is not much change from a consumer’s point of view as there is no real inflationary trend or big price increase—it should be largely tax-neutral. GST is still settling down; the benefits will be visible in the coming months.” In many areas, the post-GST rates are similar to previous rates. For INS­tance, in steel and cement the total inc­idence of tax pre-GST was 27–28 per cent in excise and VAT. Post-GST, it is 28 per cent. For movie tickets, entertainment tax was between 28 and 40 per cent. Now there is a uniform 28 per cent GST, though there is no visible reduction in ticket prices. However, in FMCG, GST rates should be comparable with previous rates. Earlier, there was an excise plus VAT of 26–28 per cent. Under GST, there is a uniform 28 per cent on most products.

In the automotive sector, buyers and manufacturers were very happy with a 28 per cent slab as this was still lower than the cumulative effect of cascading taxes under the earlier regime. But the subsequent introduction of clean energy cess on cars narrowed the difference significantly. While motor vehicles were taxed in the range of 28 to 45 per cent under the pre-GST regime, they are now taxed at 29–50 per cent. Of course, this depends on the cars’ size. This is one area where GST may have increased prices in the range of Rs 15,000 to 20,000 in mid-segment cars and about Rs 1 lakh to Rs 4 lakh in high-end cars/SUVs. What has helped consumers post-GST is the introduction of the ITC, which is expected to neutralise any burden on account of higher GST rates. Ansh Bhargava, director of tax advisory Taxmann, says, “Earlier, the ITC was blocked. Now there is free flow of ITC. This will reduce the ultimate burden or will neutralise any increase in rates. ITC will increase the profit margin and reduce the final price of products for consumers. For 80 per cent of items, prices will be at the same rate as before while for 20 per cent, prices will see an increase post GST.”

Everyone, however, agrees that there is room for the government to consolidate and moderate rates further, or arrive at one or two uniform GST rates for all products and bring more products into the GST ring. The government for its part has indicated that though liquor will rem­ain outside GST for the time being, it is seriously considering bringing petroleum products under the purview of GST. That will reduce the prices of these products at time of constantly increasing fuel costs and bring in real relief for consumers.

One Year Of GST: Empowering The Centre