Home  »  Magazine  »  National  » Cover Stories  » Interviews  » Kashmir 370 Degrees »  Shikara Is About My Mother’s Home, My Home, And How We Lost It…. But I’ll Never Sell Hate For Profit: Vidhu Vinod Chopra

In an interview with Outlook, director-producer Vidhu Vinod Chopra opens about Kashmir, his memories and the controversy around his movie Shikara. 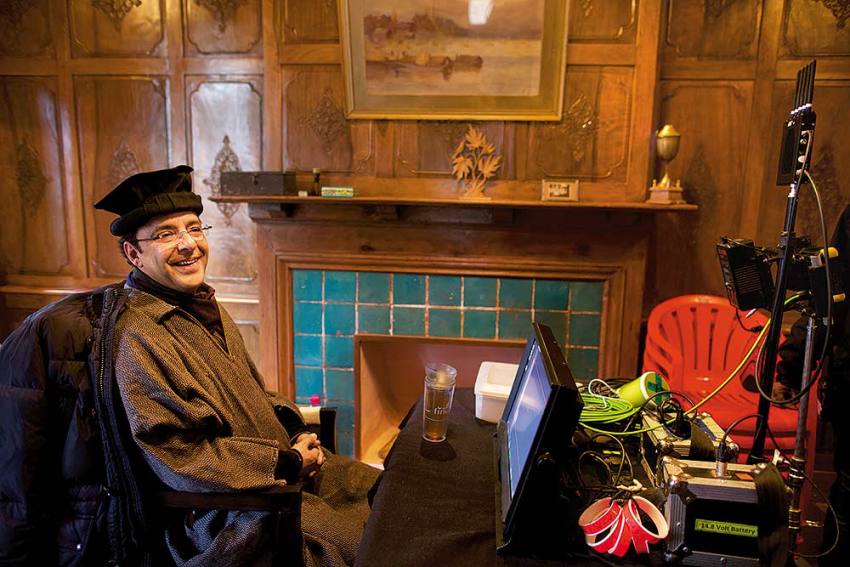 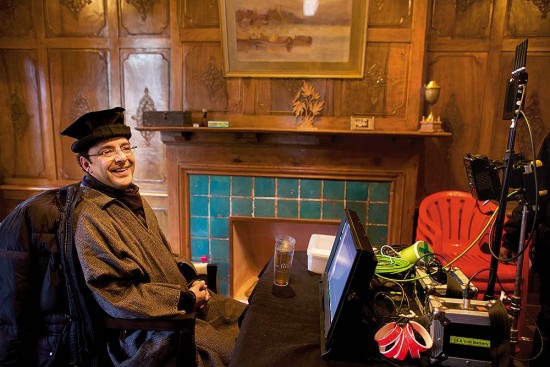 Director-producer Vidhu Vinod Chopra first took his cinema back to his childhood home, Kashmir, with the arthouse thriller Khamosh (1985). In 2020, he delved deeper…into personal history. Shikara, perhaps the first full Bollywood feature on the Kashmiri Pandit story, had emotional Pandits streaming to the halls. But it also had a rather troubled ­reception—among Pandits. Chopra opens up here about Kashmir, his memories and the controversy, in an interview with Lachmi Debroy:

Once a Kashmiri, always a Kashmiri. The landscape, the beauty, the warmth of the people, the food, the ­culture and heritage are deeply ingrained and ­nothing can take that away from me. Growing up in Kashmir was one of the most beautiful things that happened to me. My first crush, my first aff­air, my first kiss—every­thing ­happened in Kashmir. I tell my children that I regret not being able to give them a childhood in Kashmir.

Imagine: you have all the four seasons of the year. You have spring, then ­summer. Then the apples ripen and the cherries. Then there’s snow and it gets extremely cold. You sit huddled in your quilts and eat steaming hot food. You come back from school and sit by the bukhari listening to Binaca Geetmala on the transistor. I miss it! If I were to live my life again, I would tell God, please let me be born in Kashmir. Despite all its problems today, it is just beautiful.

‘On our way to the Kheer Bhawani temple, we would stop at the Hazratbal shrine without fail. There was no distinction in our heads between the two.’

One of my fondest ­memories of growing up in Kashmir in the 1970s is ­travelling with the family in a houseboat. It used to take us almost a week to reach the Kheer Bhawani temple. We used to cook on our way to the temple, stopping en route at the Hazratbal shrine. We would do this each time, without fail. There was no ­distinction in our heads ­between those two places of worship.

There are several ­memories of my mother, ­so it’s difficult to narrate a ­specific one, but more ­important was her sanskar of optimism, of love and ­affection, and to ‘hate hate’, which she inculcated in all of us.  For someone who went through so much pain, she continued to be positive. Knowing well that her ­actions will have an impact on her children and her grandchildren, she used love as a way to heal and that I believe is in my DNA.

I will continue to live by her ­values and through Shikara I will tell a story of how love can heal.

I ­believe you spent almost 11 years making this film....

Shikara is a tribute to my mother. In 1989, she came to Bombay for the premiere of Parinda, but couldn’t go back to Kashmir. Shikara is about her home, my home and how we lost that home. So it’s a deeply personal story. I started work on Shikara post my mother’s demise in 2007. The Kashmiri Pandit exodus is a known issue, but the ­complexities and the build-up of events that led to the driving away of the Pandits is not known. This movie ­required significant ­research so we could tell an absorbing story that is ­fact-based and helps in bringing this conversation to the fore. I have done much work in those years, but this was perhaps my most challenging piece, as I had to remain dispassionate as a moviemaker to depict the truth and yet make a compelling argument—that the only solution to such ­hatred is love and that is the centre of my movie.

The love between the protagonists Shiv Kumar Dhar and Shanti Dhar (Shanti is also my mother’s name, by the way) is a binding factor that forces us to think ­beyond hatred.

The shoot was mostly in Kashmir, which was under heavy ­security cover, so we had limited time to get work done. Authenticity was the key. The writing also took significant time as I had to sift through tons of ­documentation and video footage to bring reality to celluloid. Years just slipped by as I worked on this film.

Thirty years ago, over four lakh Kashmiri Pandits were driven out of their homes in Kashmir and made to live as refugees in their own ­country. They still haven’t been able to return to their homes in the Valley. They lost everything—their homes, their legacies and their dignity. Yet this story of the biggest refugee crisis in post-independence India never found its place in the collective consciousness of this nation. It deeply ­saddens me and leaves me in anger and pain that ­successive governments, media, civil society and ­intellectuals turned a blind eye to the Pandits issue.  We all know a few Kashmiri Pandits here and there, but nobody knows the ­magnitude of their loss.

None of us thought this issue will stretch for so long. The insurgency and our ­inability to handle the ­internal conflict within Kashmir kept the focus on Kashmir as a troubled state, so the question of Pandits returning was lost in the discussion. Had the Pandits returned, the region would have been better, more peaceful and economically powerful. The local people want communities to come together. Shikara is the first mainstream feature film to have at least started ­conversations around what happened 30 years ago.

What did you make of the reception to Shikara? It was ironically Pandits who trolled it. Was it a manufactured ­controversy? What does that tell us about ­politics today?

This is probably the first and last time I am going to speak about the controversy. There was a special screening on the day of the release in Delhi where I ­invited several Kashmiri Pandits. The crowd full of Kashmiri Pandits gave it a standing ovation. Just then, out of the blue, a woman started screaming and howling from the back of the audience, alleging that I have not shown enough ­violence in the film…not enough hate. She even ­demanded to know why Muslim actors were playing the Pandit characters. 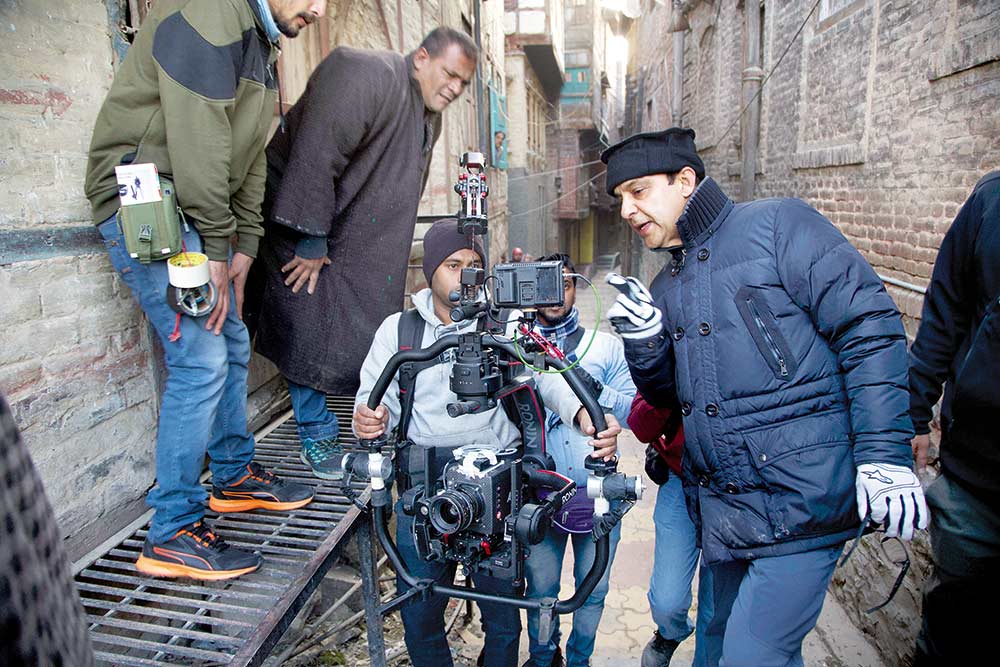 ‘Some people wanted a film on Pandits that peddled hate and widened the chasm in Kashmiri society so it could further their political agenda.’

I was appalled. One ­person accompanying her started filming the whole incident. This was made viral on social media and, within minutes, trolls sprang into action ­maligning the film. Upon investigation, we found out that two digital marketing agencies from Delhi NCR were hired by certain ­people with vested interests and paid huge sums of money to sabotage the film.

The whole controversy was manufactured and had been planned over days ­before the release. The woman who screamed ­during the afternoon screening drove straight from Plaza cinema at Connaught Place to Noida and was on national television within hours, giving interviews. Clearly, she was planted by the same people. Our IMDB rating was brought down from 8.1 to 1.5 within hours.

What does this tell us? These people wanted a film on Kashmiri Pandits that peddled hate and incited ­violence. They wanted a film that widens the chasm between the two communities so that it could further their political agenda.

Shikara was screened for several government ­officials and senior central government ministers; many of them called me and praised my work. But the negativity around the film was so intense that most people just chose to stay away from the theatres. When Shikara released on television last week, I was flooded with overwhelming messages on how beautiful the film and its message was. The famous Kashmiri artist Masood Hussain, after watching the film on TV, called me and said people got blinded by hate so much that they missed the message of peace and love in Shikara. I believe it is never too late.

Looking back, do you think you should have made a more “mass-pleasing” film?

Cinema is a very powerful and influential medium, and it is my duty to use it wisely as an artist. It is very easy to incite hatred through cinema and pander to the ongoing communal discord in society. I could have made a more violent film and perhaps a more profitable film. But I will never sell hate for profit. Hate only begets hate and violence only begets ­violence. In my story-­telling, I chose ­restraint over excess, poignancy over gore, and depicted events more symbolically than literally. When A.R. Rahman saw the film, he loved the fact that the miscreants were ­depicted as shadows ­because violence is faceless. He chose to work on the film for months because he believed that the only way forward is to heal past wounds. I am a firm ­believer of that philosophy and a stubborn optimist.